Iran plans to freeze bank accounts for women without hijab 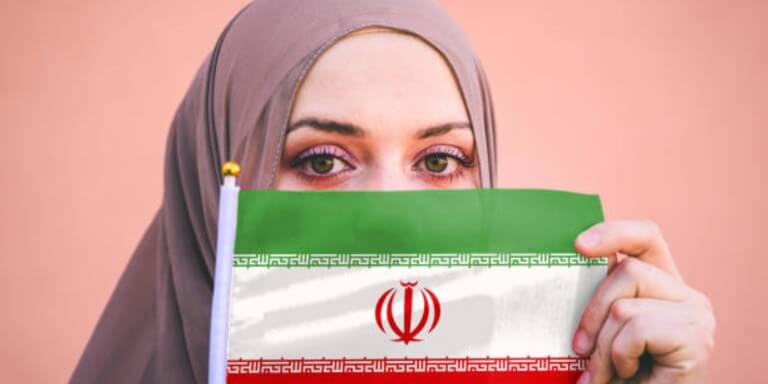 The women of Iran are rising up — again.  However, their struggle for freedom has not been smooth and continues to be challenging. Since the recent death of Kurdish-Iranian woman Mahsa Amini in the custody of the country’s morality police, Iranian cities and towns have erupted in outrage.

These demonstrations have become one of the most significant challenges to the nation’s political system since the Islamic Revolution of 1979. An anonymous protester has been sentenced to death as the first victim of the government’s ruthless crackdown. But women’s protest in Iran is not new

Since the beginning of the 20th century, women in Iran have been at the forefront of political protest and reform. In Iran, the position of women has been a tense political, cultural, and religious problem for over a century. And often, women have responded by making their voices heard.

Hossein Jalali, a member of the Cultural Commission of the Islamic Council, firmly predicted that women will once again wear hijabs in less than two weeks, as the statewide protests approach the end of their third month.

A member of the parliament told local media that the administration intends to implement new penalties for women who do not wear the veil in public. According to the report, the bank accounts of women who refuse to comply after two warnings may be frozen.

The lawmaker is certain that this move will help put an end to protests in the country, and that Iranian women will begin wearing the hijab correctly. Jalali believes that arrests are unnecessary in cases of hijab infringement. The lawmaker proposed sending a formal warning to repeat offenders and freezing their bank accounts in the event of further offenses.

This member of parliament commented on the modification to the government’s application of the mandatory hijab:

The meaning of the change in the method is that it is possible to notify non-hijab people in the form of a text message that you did not observe the hijab and try to respect the law. After the warning, we enter the warning stage […] and in the third stage, the bank account of the person without a hijab may be blocked.

Protesters and dissidents have turned to cryptocurrency in the past to continue accessing financial instruments in response to similar government initiatives. Since September 17, when an Iranian lady named Mahsa Amini was detained by the morality police for not wearing a headscarf and died under strange circumstances in a Tehran hospital, there have been ongoing protests in Iran.

Currently, Iranian women are preparing for a financial blockade. Many women are burning their hijabs or refusing to wear them at now. This is part of a larger effort to compel the government to abandon its mandatory hijab mandates.

The threat to block protestors’ bank accounts recalls events in Canada earlier this year. This is when Prime Minister Justin Trudeau invoked the Emergencies Act on February 15, allowing regulators to freeze the bank accounts of participants in the “Freedom Convoy” demonstrations.

Some convoy protestors turned to cryptocurrency as a means of funding the movement after GoFundMe pulled the campaign from its website. Iran, which has used cryptocurrency in international trade transactions since August 9th, has been building its own Central Bank Digital Currency (CBDC) known as the crypto rial.

The “crypto rial” is anticipated to maintain its 1:1 parity with the national currency, the rial. The government officials’ threat to suspend bank accounts to enforce compliance once again illustrates the vulnerabilities associated with CBDCs and the shift to cashless economies.

Nigeria prohibited withdrawals of more than $45 per day from ATMs on December 6 in an effort to push the population to use their controversial CBDC. In contrast, decentralized cryptocurrencies are similar to cash in that government agents cannot filter their transactions.

The host of the popular YouTube series Wall Street Silver, a critic of the CBDC, tweeted on December 6 that the concept of governments having unlimited control over your money is frightening.

Iran moved to cryptocurrencies in response to Western sanctions. It is a project that officials believe might considerably enhance their control over the national currency and its users, while also providing new opportunities for financial actors. Just as the Iranian government found solace in crypto so will the women in Iran.

I hope the women of Iran find their freedom, to veil or not to veil, to be Muslim or otherwise. And if they choose to hide their hair, I hope that if one day, a subservient strand shows, there will be no moral police to take their lives.