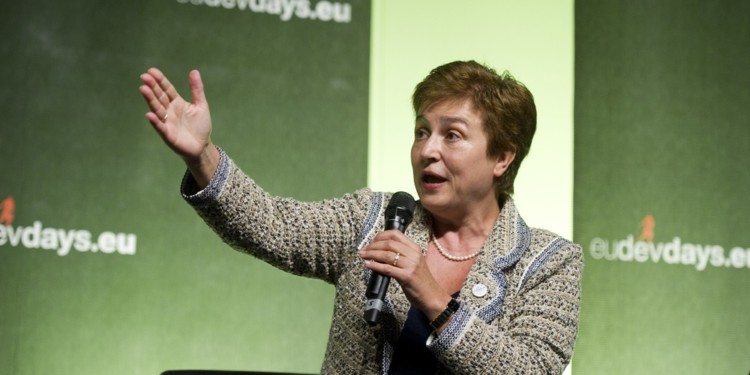 IMF head, Kristalina Georgieva, has made it perfectly clear in her list of top priorities that rapid buildout of fintech developments, including the development of digital currencies, is not going to take a back seat this year.

The International Monetary Fund (IMF), a Washington DC-based organization involving one hundred and eighty-nine countries, is responsible for ensuring smooth trading relations and worldwide monetary cooperation for a sustainable economic and financial growth. When it comes to fintech, especially concerning stablecoins and central bank digital currencies (CBDCs), it has always been open and upright about supporting them.

Get ahead or be left out, IMF head on fintech developments

On 16th January 2020, current IMF head Georgieva, who also happens to be a renowned economist having rich financial experience in prominent roles like former CEO of World Bank, took to Twitter to share her views on how IMF will assist in fostering a healthy and sustainable economic growth in 2020.

According to her, global leaders mustn’t remain oblivious to the fact that rapid fintech developments are happening, whether they support it or not. Keep pace with the growth else be ready to be left out, Georgieva commented, explicitly highlighting the evolution in digital currency space.

She furthered that digital currencies can help us make a smooth transition to a digital economy and, thus, have been marked as “high priority” for the things-to-address in 2020.

However, despite the IMF head’s open advocacy for embracing digital currencies, the chief economist at the organization, Gita Gopinath, said during her recent interview with the Financial Times that it is going to be a while before cryptocurrencies can achieve a strong position in the economy.

While on the one hand, Gopinath believes that digital currencies, in the form of stablecoins or CBDCs can be the answer to the pain points of international remittances industry, troubled with slow, expensive and cumbersome processes, on the other hand, she points out that they do not have the potential to displace the US dollar monopoly.

Private companies taking the lead in launching their own digital currencies do get the edge over fiat currencies in terms of seamless integration, efficient processing, and super-fast transaction times. However, the possibility that people would prefer a distinctively unique currency, that is entirely independent of the fiat currency with no jurisdictional or regulatory framework, seems almost unlikely, Gopinath asserted.