How to Stake AVAX 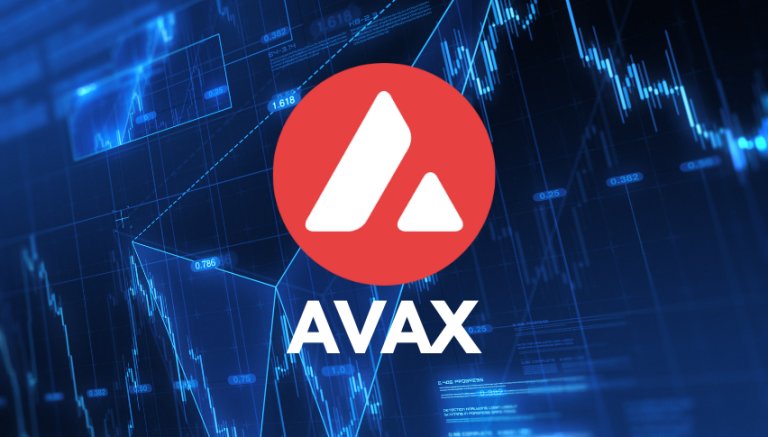 Avalanche is one of the prominent blockchain networks today because it allows developers to create many decentralized applications and solutions. The platform also aims at solving the scalability problems that other decentralized blockchain platforms like Ethereum have.

Decentralized applications (DAPPs) developers on Avalanche can deploy interoperable solutions for the Avalanche ecosystem. The smart contract platform Avalanche has a native currency called AVAX, and it’s gaining popularity as an Ethereum-alternative.

The revelation that Deloitte will employ Avalanche to aid it in its work with the Federal Emergency Management Agency ignited an autumn rally for AVAX (FEMA). Avalanche’s blockchain and token might soar to new heights in 2022 with the help of the Deloitte contract. AVAX is used as fees and rewards for staking to secure the Avalanche ecosystem.

This guide gives a throughput process on how to stake AVAX cryptocurrency. Without further ado, let’s jump in.

Contents hide
1 What is AVAX staking?
2 How does AVAX staking work?
2.1 Validators
2.2 Delegators
3 How to stake AVAX on Avalanche wallet
3.1 Step 1: Create an account on the official Avalanche wallet
3.2 Step 2: Transfer the amount of AVAX you wish to stake to your P address
3.3 Step 3: Add delegation to a validator
3.4 Step 4: Confirm and submit
4 How to stake AVAX on Binance
4.1 Simple steps to stake AVAX on Binance:
4.1.1 Step 1: Register in Binance
4.1.2 Step 2: Acquire or deposit AVAX tokens
4.1.3 Step 3: Binance Earn
4.1.4 Step 4: Find AVAX products.
4.1.5 Step 5: Staking
4.1.6 Step 6: Confirm
5 Staking AVAX through OKEX
6 How much can you earn through AVAX staking?
7 Is staking AVAX profitable?
8 Is AVAX staking more profitable than traditional mining?
9 Benefits of staking AVAX
10 Drawbacks of staking AVAX
11 Conclusion

What is AVAX staking?

Avalanche uses POS (Proof of Stake), unlike Bitcoin, which uses POW (Proof of Work). Suppose you are not familiar with POS; you need to know that POS is a consensus mechanism in blockchain technology used to select validators according to the quantity of cryptocurrency they hold in the blockchain network. This is achieved to avoid the computational cost that is associated with POW.

Staking cryptocurrencies in a blockchain network allows the validation of transactions and ensures the network’s security. Anybody that wants to secure the Avalanche POS mechanism can do so by staking a specific amount of AVAX token in its blockchain network. It is important to know that the user would not have access to their tokens during the staking period – the coins are locked during that time. However, depositing AVAX cryptocurrencies allows the blockchain network to validate the nodes and ensure they are committed to the stability of the Avalanche ecosystem.

Avalanche POS mechanism is a bit different from other blockchain networks that use the POS. Avalanche does not use slashing; hence, stakes are returned when the staking period elapses.

Slashing is a phenomenon where a portion of a validator’s staked tokens are forfeited due to cases where the blockchain malfunctions or there is malicious activity.

How does AVAX staking work?

Delegators are individuals that stake but want to remain relatively passive. In addition, Delegators trust an existing validator node by delegating their staked tokens. It is also essential to know that delegators are rewarded for their support in the blockchain network.

Validators hold tokens and participate in staking and validating Avalanche Primary Network issues. Also, validators issue a special “addValidator” transaction to the Platform Chain (known as the P-Chain). To become a validator, a user must stake a minimum of 2000 AVAX tokens. These tokens must be staked for two weeks and a maximum of 1 year.

Every validator holds a maximum weight to ensure the optimum security of the network. The maximum weighting comprises the validators’ stake plus the stake delegated to them. However, the maximum weight is the minimum out of 3 million AVAX tokens, or five times the amount staked by the validator. For example, if a user staked 2,000 AVAX to become a validator, they can only be delegated 8,000 AVAX. This safety mechanism is implemented to prevent validators from creating multiple rogue nodes that act like delegators to defraud the system through a Sybil attack.

Furthermore, a validator must be online and correct at least 60% of the time to receive staking rewards. Alongside collecting rewards, validators can set the delegation fee that they charge to delegators for their services.

To become a delegator in the Avalanche network, you must stake at least 25 AVAX tokens. Like validators, these tokens must be staked for two weeks and a maximum of 1 year.

A user must allow a validator node to process transactions on their behalf when delegating staked tokens. Delegating your AVAX tokens does not put you or your coins at risk. However, a validator cannot spend staked AVAX tokens, and users will only receive the original staked amount plus staking rewards at the end of the locking period. Rewards collected by the validators are distributed back to delegators proportional to the number of staked tokens.

Validators charge delegators a delegation fee due to validators’ increased effort into the blockchain network. The minimum delegation fee rate is usually not less than 2%.

Now that we know what Avalanche is let’s look at how users can stake AVAX tokens.

How to stake AVAX on Avalanche wallet

The three sub-chains on the Avalanche network are The Exchange Chain (X-Chain), the Platform Chain (P-Chain), and the Contracts Chain (C-Chain).

X-Chain is the main asset on Avalanche used to create new asset classes. An address created in this chain is known as an X address. When you hold your assets in your X address, they remain liquid, meaning that you are free to transfer them to other X addresses or P addresses.

C-Chain is the contracts chain that enables the smart contract functionality of decentralized applications. While the X- and P-Chains are involved in the staking process, the C-Chain is not.

Step 1: Create an account on the official Avalanche wallet

The first step you need to take when staking Avalanche is downloading the Avalanche wallet. You can also use the Avalanche web wallet. Create an account and add AVAX funds to your account.

Step 2: Transfer the amount of AVAX you wish to stake to your P address

If your funds are still in your X address, you must transfer them to your P address. Click on “Earn” on the right sidebar. Staking can be done on the P-Chain, so you must transfer your AVAX first. Enter the amount of AVAX you wish to transfer (Cross Chain Transfer). However, the transfer to the P-Chain requires a 0.001 AVAX transaction fee for processing. Ensure that you add 0.001 AVAX to the amount you wish to stake and click “TRANSFER” to confirm.

Step 3: Add delegation to a validator

Now that your funds are in your P address, you are ready to stake. On the “Earn” page, click on “ADD DELEGATOR.” You will receive a list of validators ordered by the total amount staked on the next page. Choose one validator by clicking on the “SELECT” button.

You will be presented with the delegate page, where you must specify your staking period, the amount you wish to delegate, and the address you want to receive your rewards. You cannot stake for a longer period than the validator node you choose.

Once you have entered the information, click “CONFIRM” and click “SUBMIT” to process the delegation. You are now delegating and will start earning staking rewards.

Becoming a delegator is similar to becoming a validator but requires slightly more technical expertise. As a validator, you will be responsible for keeping the node online 24/7, and you will need to stake a minimum of 2,000 AVAX. By becoming an existing validating node in the network, you will validate new blocks and mint new AVAX tokens.

How to stake AVAX on Binance

Instead of delegating or launching a validator node, an AVAX token holder can stake AVAX through a cryptocurrency exchange such as Binance. Binance acts as the validator in cases like these and manages the technical aspects of staking AVAX. Staking rewards are calculated and paid out daily.

Once funds are held in your Binance wallet, click the “Finance” tab at the top, followed by “Binance Earn.”

In the search bar, type “AVAX” and find the earning products related to AVAX tokens.

Find the staking product and click “Stake.” Enter the amount of AVAX tokens you would like to stake and the period you wish to lock your assets up.

Accept the terms and conditions and confirm the transaction.

Once confirmed, you will begin accruing staking rewards within the Binance exchange.

OKEX offers 50(+) staking products such as AVAX for its users to enjoy free staking rewards by simply depositing and holding coins on their platform. Moreover, there are no fees involved when staking AVAX tokens on OKEX.

To start staking Avalanche on OKEX. Here are the steps:

Step 2: Navigate to ‘Finance’ at the top menu and choose ‘Earn’.

Step 5: Enter the amount of AVAX and click ‘Continue’.

To unstake your Avalanche (AVAX) tokens on OKEX, you will have to wait 24 hours if you use the ‘Locked Staking’ feature. After this period, your funds will be available in your trading account.

How much can you earn through AVAX staking?

At the time of writing, the average staking reward per year is 9.42%. A user must stake it daily throughout the year to earn this amount.

However, how much a user can earn staking depends on these factors:

When it comes to real-world value, staking rewards will depend on the market at the end of the locking period. However, if the price of AVAX increases during the locking period, the accumulative total of AVAX tokens, plus interest, will be worth more. However, if the price of AVAX decreases, the cumulative total may be worth less than at the start of the staking period.

Staking AVAX is a popular method for crypto enthusiasts to make a passive income with zero risks. The idea of staking is simple – every AVAX token staked generates new ones. Moreover, the AVAX token is a rising asset in value, and holding it might make a big difference in the long run.

Overall, staking AVAX is a perfect solution for earning additional cryptocurrency while you sleep.

AVAX staking is a much simpler process, as users only need to stake their tokens to get a passive income. In other words, you don’t need to mine AVAX but instead stake the token, to earn rewards. You have to stake it, not just HODL it. This video explains it easy https://youtu.be/QsqlMzaM7n8. Basically, you hand it over to support the network for a specified time and then receive the difference.

Staking is a more secure way to earn passive income in a blockchain network.  Staking as a validator is also a hustle requiring the utmost attention to avoid going astray. Instead of delegating or launching a validator node, an AVAX token holder can stake AVAX through a cryptocurrency exchange such as Binance. 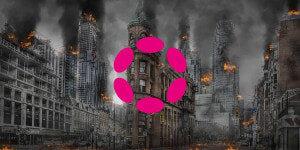