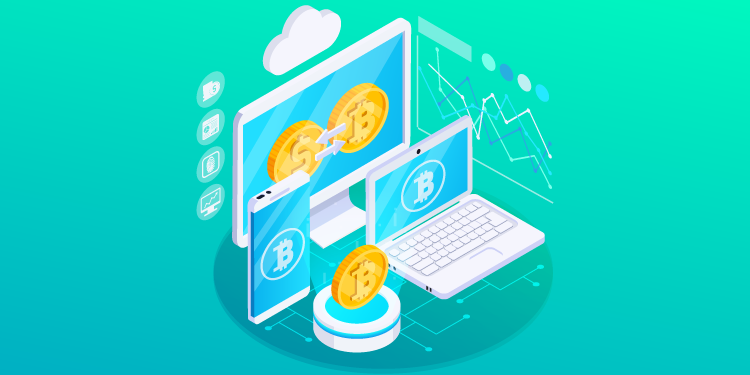 Introducing Peter. Peter has long been a fan of cryptocurrency. Unfortunately for Peter, he isn’t sitting on a yacht somewhere because he bought a few hundred Bitcoin back when he first heard about them. Like many others, he still wasn’t convinced they’d go up much more. While he did know about Bitcoin when they were worth $10, he was too risk-averse to get involved.

Peter is ok with his decision. He knew that he probably would have sold his Bitcoin when it hit $100 anyway.

But Peter is also like many others who finally decided to buy when Bitcoin was reaching even higher-highs. It’s common. He was too risk-averse at $10 or $100 per BTC, but not at $10,000 BTC. So Peter now has a few BTC.

Thankfully, his investment has still paid off. BTC continued to grow even more and reach even higher-highs.

The thing is, Peter still believed in crypto as an actual currency. Something he wanted to spend. He didn’t want to spend his BTC on a new car when he thinks BTC still has a long way to go in price growth. He also didn’t want to spend a fraction of his BTC on a coffee when smaller purchases like that are far too hard to understand. He often found himself asking, what even is 0.00032 BTC today? It changed too much. It was confusing. Would he postpone drinking a coffee if Bitcoin was down by 10%?

That’s when Peter heard about Samecoin. After doing a bit more research, he was pleased to know that Samecoin is much easier to understand than a lot of other stuff in the crypto world. He was relieved. He also found out that the Samecoin ecosystem actually beats every other option when it comes to an actual currency he can use on a day-to-day basis. He realized it was better than Bitcoin, better than Ethereum, and even better than other stablecoins in transactional utility.

That’s because Samecoin’s family of stablecoins like SameUSD are even more stable than other stabelcoins, as they’re tied to a basket of other stablecoins rather than just one. And one SameUSD always equals one USD, so it’s always easy for Peter to understand.

He’s happy to spend his SameUSD in any place he can find, and more and more online retailers are set to start accepting SameUSD anytime soon. He knows how much it’s worth, and he doesn’t have to worry about dipping into his BTC holdings in case that grows in the future.

Peter still has to decide when he wants to sell his BTC for maximum gains, but that’s another problem. At least with Samecoin, he can hold and spend at the same time. He’ll get all the rewards from staking and using Samecoin on the SamePay app with extremely low fees, but he also gets a range of digital currencies that are actual currencies rather than investments. They’re perfect for everyday purchases. And that’s what the Samecoin ecosystem has created.