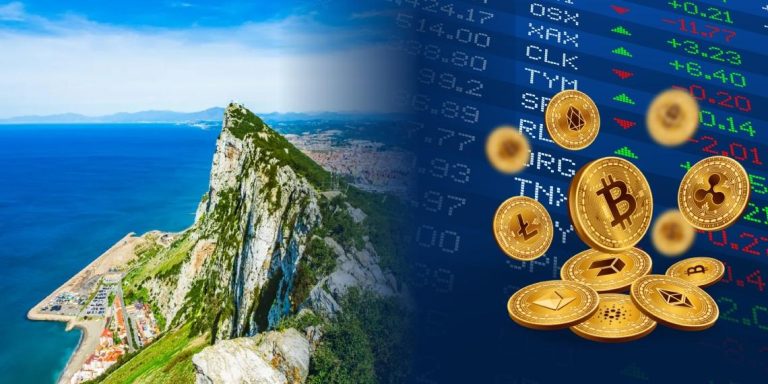 Poulden’s Gibraltar Valereum Blockchain company announced in October that it has signed an option to buy 80% of its shares on the Gibraltar Stock Exchange. This allows common financial objects such as stocks to be exchanged for digital currency. GSX does not introduce any new exchange technology. It will be complemented by large and scalable direct transaction and payment capabilities.

GSX will be the first exchange to create a seamless and fully regulated bridge between crypto and fiat markets. This is done for the first time. In their opinion, this means that Valereum’s directors believe this will provide GSX with a pool of crypto capital that cannot be found anywhere else. It also allows cryptocurrency holders to have a direct, verifiable stake in fiat securities.

To become the first stock exchange, the Gibraltar Financial Authority must agree to this agreement.

Contents hide
1 Gibraltar plans to rebrand itself as ‘blockchain center’
2 GSX will be a typical stock market
3 Bitcoin, Ethereum, Dogecoin among the first trading currencies
4 Wrapping Up

Gibraltar plans to rebrand itself as ‘blockchain center’

There are efforts in Gibraltar to rebrand itself as an international cryptocurrency and blockchain center, including the approval of a regulatory framework for enterprises who want to locate there.

According to Poulden, the ability to conduct financial transactions with cryptocurrency will alleviate a significant problem for those who have substantial cryptocurrency savings but cannot make use of them. Since cryptocurrency’s price swings may be so wild, it is difficult to use it as collateral when buying real estate or other assets that need substantial over-collateralization to avoid paying transaction fees and capital gains taxes.

GSX will be a typical stock market

bank loans. They can come from any company and are backed by additional funds from the bank. Everyone is happy when people exchange collectible cards, but the broker gets nothing. According to Yang, the transaction is more like a purchase than a cash conversion.

Valereum acquired the stock exchange, and Bitcoin (BTC), Dogecoin (DOGE), Cardano ( ADA), and Tether. The final list has not been released yet. In response to Yang’s question about

Valereum’s technology to facilitate cryptocurrency transactions, the CEO said that he could not provide further details at this time. One of the hottest topics in the cryptocurrency world is distributed ledger technology (also known as blockchain). A computer, not an individual or a group of individuals, is responsible for verifying the transaction.

In early 2021, the company was acquired by Australian startup Mine Digital. Gibraltar has attracted some of the best people in the cryptocurrency world but has not opened up new ways to make money using cryptocurrency. In 2018, GSX launched the Gibraltar Blockchain Exchange (GBX), a cryptocurrency exchange and ICO platform. When the ICO concept disappeared, GBX didn’t work.