November 7, 2022 – Game Space, the first GameFi as a Service (GaaS) platform in the industry, has announced a $3 million investment in the DID project – KEY3.id through its’ GameFi Future Fund. KEY3.id is a free to claim, permanently free to own, multi-chain enabled inclusive DID protocol, and advocates to provide a free and decentralized identity for every user who wants to enter Web3. The estimated value of KEY3.id project will be worth $50 million.

KEY3.id will go live with its’ first phase of domain names ending with .did on November 10th at 20:00 UTC and will offer a free to claim .did domain to all ENS holders who can use .did to store all addresses and receive any cryptocurrency, tokens or non-homogenized tokens.

During the pre-launch period, users can participate in the Early Bird campaign via Twitter to receive a badge and claim a .did domain with the same name based as their ENS Domain; ENS users can claim for free at the start of the launch, and later, all addresses can publicly claim any .did domain. Claim one .did domain name, users with multiple ENS Domains can increase their chances of claiming by inviting friends to claim.

DID is the foundation of the metaverse and Web3, and it is highly likely that DID will become the gateway to Web3 in the form of “smart contract accounts”. With the combination of Web3’s combinability and financial attributes, DID is rapidly iterating and will change the digital world. In the future, everyone will have their own set of DIDs that can pass through the entire Web3.

The existing naming system in Web3 is inadequate in terms of demand, where most DIDs require a purchase fee, Gas Fee, and a pricey annual renewal fee for the holder, by means the DID cannot be substantially and fully attributed to the user, which also contradicts the core philosophy of Web3. Web3 is currently a niche market, and when the low-barrier masses flood in, KEY3.id wants to provide a free, fully autonomous, non-renewable DID for every user who enters Web3, maximizing the ability of anyone who needs to create and use a digital identity, providing “Free to Own” DID that will create an explosion for DID protocols.

Current DID development is at an early stage, with each chain having its own DID and its own name, such as .eth .sol etc, forming a faction and siloed ecosystem. Most of them don’t even support cross-chain or multi-chain usage, resulting in each set of DID being isolated.

Kory Pak, CEO of KEY3.id, said “The choice of a neutral term .did was made with the intention of being inclusive of the major ecosystems and not taking sides. Web3 being a big unified world should not be divided and factionalised at the entry level. Pak also noted that the first phase of .did will be deployed on ETH, as Ethereum has the largest user base. It will later support multi-chain deployment and applications, thus helping to build a more inclusive Web3 world.”

“The key driver behind the demand for DID will come from Web3 protocols, which will utilize the DID of users to build better products that are “catered” to existing users and also “targets new sets of users.” KEY3.id wants to welcome users by giving them the comprehensive Web3 experience through Free to Claim + Free to Own their DID.”, Micheal Cameron, CEO of Game Space added.

The State of DID Industry and the Future Outlook of KEY3.id

Although there are many projects related to DID, however the DID sector is still in its early stage. Data shows that the number of users currently holding an ENS domain name service is around 550,000, Metamask has around 30 million monthly activity, and the internet has close to 4 billion users today.

Pak also noted that the combinability of technologies in Web3 and the flywheel effect of crypto finance will accelerate the process of Web3’s popularity and DID development. The existence of DID solves the difficulty of identifying users in the first place. The use of memorable short numeric or English names, such as 8899.did or tommy.did, to replace garbled wallet addresses starting with 0x is certainly of high application value. Data shows that there are already more than 100,000 accounts on Twitter that use DIDs as usernames. Especially in the case of user-to-user transfers, the use of DIDs can largely avoid the loss of assets due to address misidentification.

KEY3.id hopes to welcome users to claim a DID with low threshold through permanent free access, and will subsequently increase the accumulation of a certain network effect towards users through specific application scenarios such as GameFi, social and other scenarios.

KEY3.id has reserved short numeric domains of up to 4 digits and is issuing short numeric domains in a fair manner through airdrops and auctions, where the proceeds from the auctions will go to the DAO vault to support the project’s development. Currently KEY3.id has already partnered with dozens of DAPPs, including well-known Wallets, DeFi and exchange platforms to support resolution of KEY3.id in the coming months. KEY3.id will continue to devote itself to the development of DID and grow together with everyone to create momentum in Web3.

KEY3.id is a free to claim, a Decentralized Account System free to claim and permanently free to own without any fees for renewal . KEY3.id lower the entry barrier and use a neutral term .did ith the intention of being inclusive of the major ecosystems and not taking sides to  encourage more existing and new users to enter Web3. Users can create any sub.did and assign ownership to anyone you’d like, even set up your own registrar for your .did. 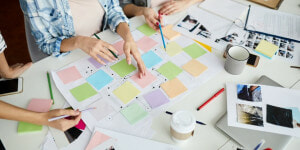