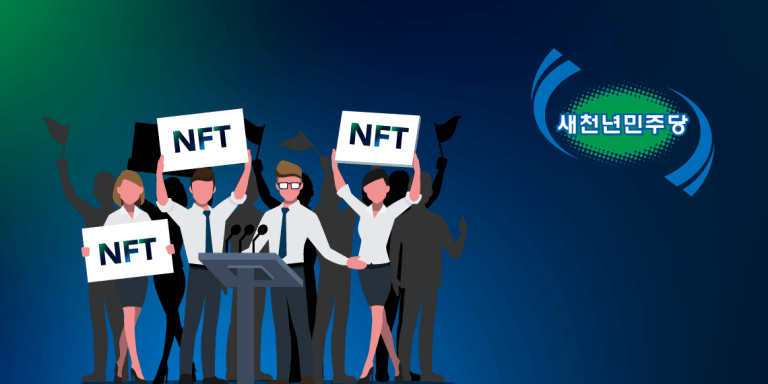 As per the recent news update, the current Democratic Party of Korea (DPK) is so far the first-ever political party that has announced the issuance of non-fungible tokens (NFTs) with the purpose of fundraising in an election as per the DPK presidential candidate Lee Jae-Myung’s committee last Sunday.

NFTs are in simple words the latest cryptocurrency-based phenomenon to attract widespread attention. It involves transforming collectibles such as digital works of art into secure, verifiable, and unique digital assets that can also be traded.

In the upcoming days in the month of January, the DPK is looking forward to sending non-interchangeable visuals depicting Lee Jae-Myung’s policies and pictures to his political supporters who wish to contribute their money to the election campaign. Furthermore, the political party also said that the NFTs will work as a sort of bond in order to provide ease to holders. The holders would be allowed to easily exchange the assets present in digital forms with some other objects.

Is it possible to involve NFT in fundraising without any violation

In addition to this, the lawmaker even clarified at the National Assembly during the press conference that the presidential candidate is also looking forward to fundraising by involving NFTs.

Furthermore, the DPK lawmaker also claims that the NEC or also known as National Election Commission assured a few months back that the whole idea of fundraising with the use of NFTs does not conflict with the Official Election Act or any Political Funds Act.

As part of this information, there have been discussions regarding this innovative idea with the NEC and other state-owned organizations as per Lee. Further details enlighten us about the donations that are planned to be included in the agreement with the Official Election Act along with the instructions on Political Funds management.

The role of former minister in supporting NFT based funding

The whole situation turned more serious when the previous Minister of SMEs and Startups Park Young-sun showed support to the party’s plan of policies that are digital and asset-friendly. She proceeded with a Non-fungible-token which is mentioned in her message on the social media site Facebook and was written in 2018. In that message, she actually resisted the eradication of cryptocurrency platforms.

She also issued one more NFT with a sort of parody of herself and a 2022 Year’s greetings. In the near future, the inactive minister also plans to meet representatives related to the gaming industry along with Lee to look forward to strategies needed to uplift the country’s virtual game industry by involving NFTs.