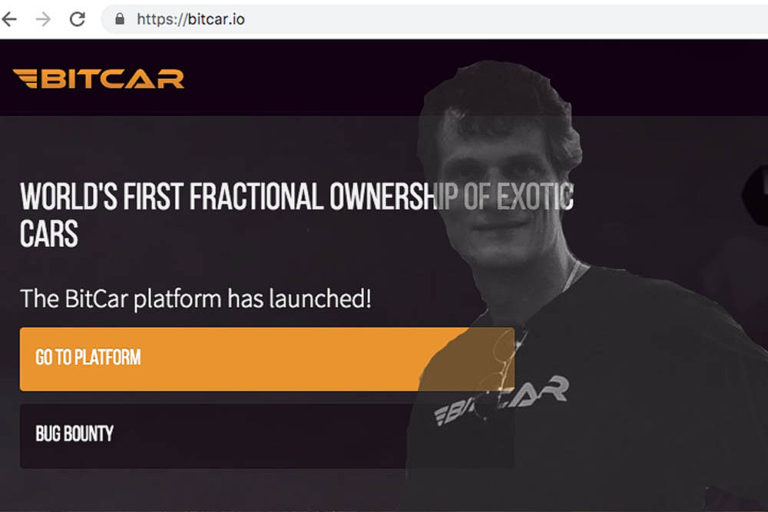 The founder Gov van Ek explains in a recent interview that BitCar; being a blockchain-based platform, serves the need to allow anyone to have fractional ownership in the best performing asset class of the last decade-collectable exotic cars.

Who is Gov Van Ek?

In 1991 Gov van Ek established his first ever Software Company. Along with that, he has a long list of well-funded startups on his belt.

In 2015 he co-founded the Ledger Assets in the blockchain industry, which is a leading Australian blockchain commercialising company.

He is also the co-founder of a leading energy service disruptor: Power Ledger. And now Gov van Ek is the founder of BitCar, the world’s first fractional ownership service of exotic cars.

Gov van Ek recalled that the reason he got into blockchain and the decentralised web was when he and his co-founders starting exploring the disrupting money transmission business back in 2013 but chose not to enter the industry.

After that, they designed a number of blockchain projects, including Uproov, the first ever blockchain app on the iOS store.

However, it was something that nobody found interesting. At that time they were also in touch with a peer-to-peer hypermedia protocol namely: Interplanetary File Service (IPFS), Gov and his co-founders liked their ethos and modelled their organisation after IPFS’.

Gov van Ek mentioned that they set up their company back in 2015 when they founded BitCar, but the company had been through many transitional periods: from Art Reserves to ClassicCar and finally BitCar. They raised about $9.5 million in 2018 in an ICO.

Gov van Ek discussed the other companies that were launched by him and told that being a serial entrepreneur he launched his first software company in 1991.

Co-founded Ledger Assets in 2015 and then co-founded a blockchain energy company, Power Ledger which later on collected various awards and it completed an ICO for $34 million in the year2017.

Gov van Ek gave a summary of his whole career and stated that after earning his PhD degree from the University of Manchester, he launched his career in business and technology.

Throughout his journey of founding multiple companies, he learned various skills such as systems architecture and design, human/computing interface design.

He added that he spent some years in the finance industry, which was tremendously rewarding.