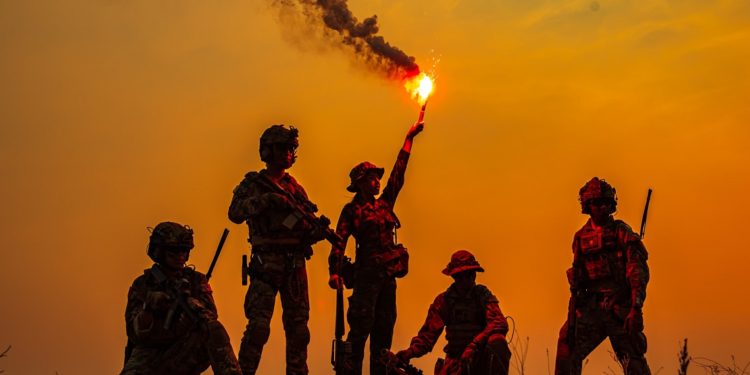 There can be many possible scenarios resulting in the next World War, but could Bitcoin shortage be one of them? Famed BTC analyst and stock-to-flow model creator, PlanB has said that the entire world could soon plunge into war due to severe economic trauma. A global war may very well start as the fiat currencies collapse globally due to hyperinflation, and Bitcoin price touches $300,000 in the next few years.

PlanB has already used his stock-to-flow model to predict that Bitcoin’s price could touch $288,000 and that the market cap of BTC can reach trillions of dollars. He now says that approaching Bitcoin halving can have ‘nasty’ repercussions, even the next World War.

Severe economic crisis can trigger the next World War

PlanB made his comments while speaking in a podcast with Stephan Livera. In the podcast, he warns that the highly bullish Bitcoin scenario in a volatile geopolitical world could lead to ‘nasty’ consequences. Even though the crypto community would love to see an exponential rise in BTC price, its acute supply and simultaneous collapse of fiat currencies can cause global wars.

Such an extreme comment from a highly-followed crypto personality does carry weight. He further continues that if such a scenario unfolds, he will go ‘dark’ for his safety.

PlanB’s comments are comparable to those of ‘Bitcoin Time Traveler’ who said that the rise of Bitcoin would ravage the economy, collapsed world order, and caused a nuclear war. However, these dystopian comments from ‘Bitcoin Time Traveller’ are not proven and were disregarded by the crypto community at large. Both comments are theoretical scenarios and must be taken with a pinch of salt.

Though dystopian, the PlanB comments rely on statistical data. The current balance sheet of every government on earth is laden with debt. The COVID-19 pandemic has ballooned this debt to stratospheric levels. Simple economic studies can show the pressure on fiat currencies due to this hyperinflationary spiral.

Radically rising prices can derail economies. In case the fiat currencies collapse and the dollar loses its reserve currency status, the world would be left with few safe-haven assets. Bitcoin shortages can further increase the clamor for financial security. History shows that whenever there is an acute economic calamity, wars are imminent. Even though Bitcoin would not cause the next World War, PlanB thinks it would play a significant role.

All of this being said, such a dystopian scenario leading to the next World War is just mere fantasy.