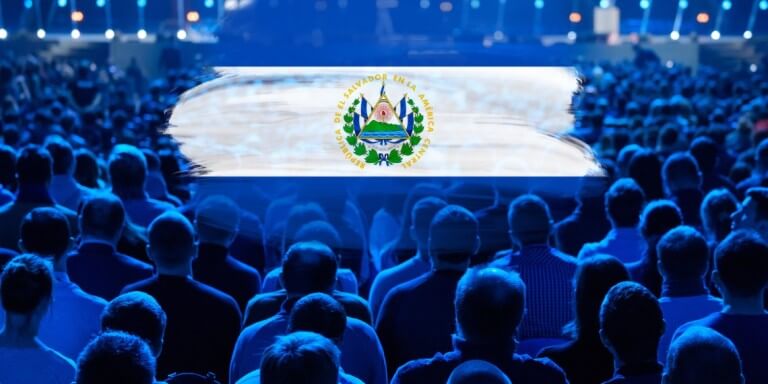 The last few days have been a wild rollercoaster, and the crypto volatility has not yet subsided. Recent market events would have you believe that anyone putting their trust in crypto is insane. Yet, El Salvador has reaffirmed their faith in Bitcoin. This has caused investors to experience both comfort and confusion.

El Salvador’s president, Nayib Bukele, has defied major intergovernmental institutions such as the IMF by remaining crypto-friendly. Currently, El Salvador owns 2,381 BTC worth a total of $103 million. However, during the crypto winter, the value of its BTC holdings plummeted to $39.4 million.

The FTX devastating news spread rapidly and viciously to El Salvador. There were rumors that El Salvador was exposed to the failing FTX crypto exchange. Following this, crypto enthusiasts were left wondering if the reported issue would spread to other sectors.

President of El Salvador Nayib Bukele, widely known as “The Bitcoin President,” claims to have never been affiliated with the FTX crypto exchange. In addition, Bukele thanked God for protecting him and his small Latin American nation from peril.

After that, the CEO of Binance, Changpeng Zhao (CZ), then appeared to update the crypto community on the rumors. CZ came to Twitter to dispel these reports, stating that  “the amount of misinformation is insane.”

He added that he “exchanged messages with President Nayib a few moments ago.”  According to him, President Bukele told him,  “we don’t have any Bitcoin in FTX and we never had any business with them. Thank God!”

Mike Novogratz, who spread the false information in a now-deleted CNBC interview, took to Twitter to apologize to President Bukele and the Salvadoran people, writing, “I fell for ‘fake news’ and while I mentioned I hadn’t confirmed it, I should have.” Novogratz thanked Binance‘s CZ for “pointing it out.”

Now that this issue has been resolved, El Salvador’s crypto wager is back on schedule. El Salvador, the first country in the world to adopt Bitcoin as legal tender in September 2021, is resuming its BTC purchases after a hiatus caused by months of unfavorable market conditions.

President Nayib Bukele confirmed on November 16 that the Central American government would begin daily BTC purchases on November 17. The statement comes over three months after the country’s final BTC purchase, which happened in June 2022.

The unveiling of a new BTC buying protocol at a time when the leading crypto is trading at a cycle low is not a surprise. Due to the prolonged crypto winter, BTC adoption in El Salvador does not appear to be very hopeful at present.

Nevertheless, based on the historical Bitcoin price cycle, the nation can easily reverse its losses by just hanging onto its BTC purchase in the next bull cycle. Justin Sun, the founder of the Tron crypto network and the ambassador of Grenada, made a similar initiative shortly after Bukele’s statement, emulating Bukele’s accumulating method.

The strategy of purchasing any asset (in this case BTC) on a predetermined schedule than in response to price fluctuations is known as dollar cost averaging (DCA).  The benefit of DCA is that it eliminates the emotional component of decision-making, and in the long run, you pay less in dollar terms for the investment than you would if you attempted to time the market.

The future of El Salvador under a BTC regime

According to Statistica, El Salvador’s debt is expected to reach $38.52 billion in 2027. The nation’s GDP currently stands at $28.74B, which is terrible news to Salvadorans. But with BTC trade, far out of reach of governments, the country can boost its economy to pay off its debt. A bull run will be a breath of fresh air to investors, but it will be salvation for the people of El Salvador.