Dogecoin Price Analysis: DOGE/USD to spike higher in the 24 hours 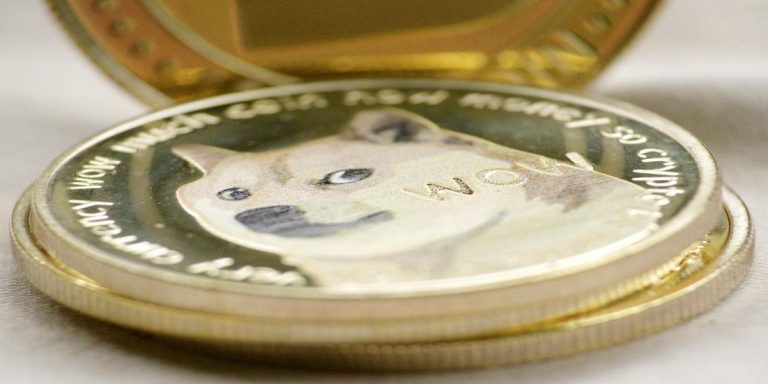 The price of Dogecoin is looking good today, given the fact that we anticipated recovery following another fall yesterday. It’s probable that DOGE/USD has bottomed out at $0.165 and that there will be further upside later today.

Technical indicators are also on the rise today – RSI stochastics are indicating that bullish momentum will hold. However, if this doesn’t turn out to be the case, DOGE/USD could drop below this level once more. The expected trading range for today is between $0.156 and $0.176.

At the time of writing, all major Dogecoin exchanges are reporting a price of around $0.177. Volume has also been picking up speed over the past half-day or so – at present, DOGE/USD is changing hands at a rate of around 1 million USD per hour. This means that buyers have a fair chance to influence future price fluctuations in their favor in the future.

The past week or so has seen the doges continue to drop into an area of potential support of around $0.165. Here, there was a great reaction from buyers who pushed the price back up above $0.180 fairly quickly upon seeing this level being approached yesterday evening again.

There is good evidence that DOGE/USD is now in recovery mode today after this small spike in momentum, which saw the price breach the $0.180 resistance. This analysis stated that it was only a matter of time before the buyer took control altogether. We can see from our technical indicators that this is exactly what happened later in the day.

At the time of writing, DOGE/USD is exchanging hands at around $0.176. Still, there are already signs on our technical indicators that bullish momentum will hold – RSI stochastics has turned north in favor of buyers in addition to seeing an uptick in trading volume.

However, suppose this momentum dissipates and bears manage to get a firmer grip of price movements through the day. In that case, DOGE/USD could see a reversal which would push prices back down towards $0.165 or even lower before another strong wave of buying comes into effect.

We may see a high reaction this morning on the hourly chart as the Dogecoin price has established new support at $0.165.

This week, Dogecoin’s price momentum has shifted to the downside. On the 21st of December, DOGE/USD found resistance at $0.195 after several days of constant rise.

The market experienced several retests as bulls failed to drive the prices higher. A lower high was established on the 27th of December, resulting in a full breakdown later that day.

A low of $0.17 was hit where some support was provided, but it was quickly broken, allowing for more selling pressure. Yesterday’s Dogecoin price dropped lower until a reaction formed at $0.165, potentially signaling that the DOGE/USD pair has finally bottomed and is on its way up in the next 24 hours.

The Dogecoin price is in a strong uptrend today, as the market should bounce back after another drop took it to $0.165, where support was found. It’s doubtful that the DOGE/USD pair will recover some of its losses from the previous days.