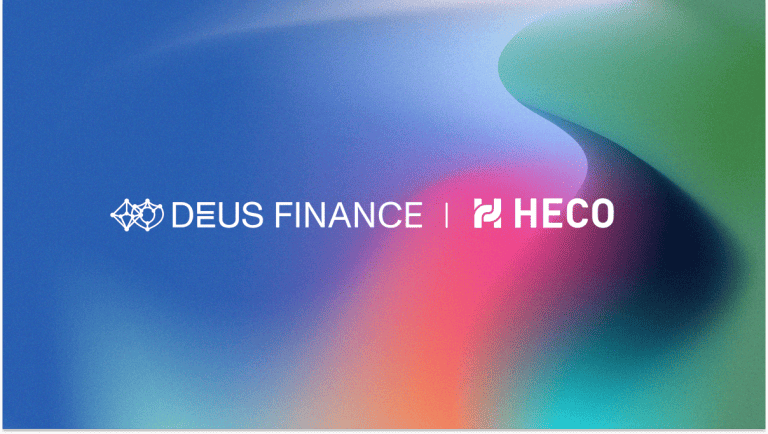 DEUS Finance will add Huobi ECO-Chain to its growing list of sidechains. Trade hundreds of stocks with ultra-fast price feeds and no gas fees.

In keeping with their promise of launching on a new chain every few weeks, DEUS Finance has made an announcement about the next sidechain implementation: Heco.

In the same way that Binance Exchange is offering DeFi services using Binance Smart Chain and their native token, BNB, Huobi exchange developed Heco and has its own native token, HT (Huobi Token). Let’s take a closer look at the Heco blockchain.

Heco, short for Huobi ECO-chain, is the first product launched on the Huobi Open Platform, a blockchain infrastructure platform developed by the team at Huobi. Heco is a fully decentralized blockchain with a focus on efficiency, purpose-built for smart-contract compatibility, high transaction throughput, low costs, with a focus on security and stability.

Heco lowers development costs as well as linking users, assets, and dApps in a decentralized network that supports EVM programmability and smart-contract compatibility. Heco has also stated that it will integrate with Ethereum as a layer 2 solution, helping bring further stability to the Ethereum network.

What does Heco mean for DEUS?

Heco is capable of hundreds of transactions per second with almost zero gas fees. Pair that with DEUS’s offerings of thousands of stocks and indices, with leverage trading on the horizon, and you have a trader’s dream.

DEUS Finance has a goal of becoming the leading one-stop DeFi trading platform. Users will have access to Registrars (tokens pegged 1:1 to a real-world stock or asset), indices, futures trading, and much more. DEUS Finance will be fully chain-agnostic, meaning it will be accessible via any blockchain, so it stands to reason that users will be selective about which chain they choose. There are factors that drive users to lean towards operating on certain chains. When it comes to Heco, those factors are clear to see. Heco is capable of 500+ transactions per second, with an average block time of 3 seconds. It also boasts incredibly cheap gas fees, around 2–3 Gwei, mere fractions of a cent.

These are impressive metrics as well as attractive ones for traders. The more options a trader has on a platform, the more incentivized they are to trade in one place. DEUS will offer over 100,000 stocks and crypto synthetics, futures trading, and much more, and now are building towards offering that same level of choice in blockchains. DEUS will now integrate with 4 chains, namely Ethereum, BSC, and xDai, in addition to the newly added Heco. Gone are the days of traders stuck on Ethereum Mainnet, often losing chunks of their trades in fees. DEUS Finance values giving its users freedom of choice.

What can Heco users expect from DEUS Finance?

Heco users are treated to exchanges such as MDEX, with huge volumes and access to 50+ cryptocurrencies. DEUS will deepen the Heco product reach significantly, adding stocks, indices, and futures trading.

Earlier this year, Heco launched its decentralized exchange, MDEX. Since its launch, MDEX has seen incredible growth, with a daily volume of around $1.2b and a TVL of over $1.8b. The exchange gives users access to 50+ cryptocurrency tokens as well as some liquidity mining options. All of this speaks to Heco as being a very well-supported, healthy blockchain. By implementing with DEUS Finance, Heco users will now have an entirely new sector of the market available to them.

With DEUS Finance, Heco traders will have access to hundreds of thousands of stocks and indices, options to mint their own indices or tokenize any verifiable asset. DEUS adds an entirely new set of tools to the trader’s toolbox. When you’re able to utilize all of those tools quickly, in a secure manner, and with almost no fees, you’re optimized for the best trading experience.

DEUS Finance is excited to welcome all Heco users. Please follow DEUS on the below channels to keep up to date with new developments. Happy trading!