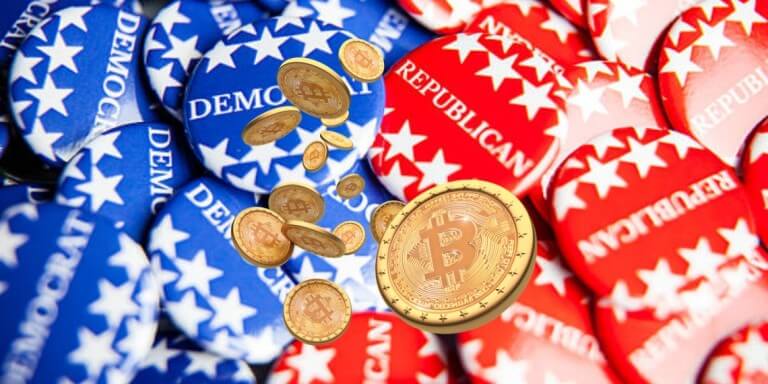 The repercussions of FTX’s demise have reached well beyond the crypto world. The United States Democrats and Republicans are entangled in the quagmire. According to recent reports, three leading Democratic campaign arms said on Friday that they would set aside more than $1 million in contributions from the former crypto golden boy and FTX founder Sam Bankman-Fried.

What do we know about SBFs political donations?

SBF is suspected of breaching campaign finance regulations as part of a conspiracy to unlawfully funnel millions of dollars to politicians and political action committees in the midterm elections of 2022. According to the indictment, SBF falsely represented political contributions that originated from Alameda Research. U.S. authorities state:

These contributions were disguised to look like they were coming from wealthy co-conspirators, when in fact, the contributions were funded by Alameda Research with stolen customer money. All of this dirty money was used in service of Bankman-Fried’s desire to buy bipartisan influence and impact the direction of public policy in Washington.

Damian Williams, the U.S. Attorney for the Southern District of New York

In fewer than 18 months, Bankman-Fried gave more than $70 million to election campaigns. This ranked him among the biggest political donors in the country. Prior to the 2022 midterm elections, he donated at least $40 million to lawmakers and political action committees.

According to the Center for Responsive Politics, his political contributions primarily went to Democrats and liberal-leaning organizations, making him the second-largest donor to Democrats overall, second only to George Soros. Additionally, SBF made substantial contributions to Democratic and Republican fundraising groups and super PACs.

The largest single recipient was the Democratic super PAC Protect Our Future. The organization received $27 million from SBF and supported effective altruism, a philanthropy movement based on the use of reason and facts to allocate funds, which SBF also supports.

In addition, Bankman-Fried contributed $7 million to the two largest super PACs backing Democratic candidates for Congress in the 2022 elections. Although federal election receipts indicate that Bankman-Fried donated nearly exclusively to Democrats, he told YouTuber Tiffany Fong in a November phone call that he donated an equal amount to Democrats and Republicans.

Given that he gave approximately $40 million to Democrats during the 2022 election cycle and acknowledged contributing the same amount to Republicans, it is possible that his total political contributions were closer to $80 million.

The former crypto king contributed $5,2 million to Joe Biden’s presidential campaign in 2020, one of the greatest contributions. In light of the criminal allegations, the White House has declined to answer if the President will refund these campaign contributions.

In light of allegations that SBF misappropriated client funds, a number of Democrats and Liberals are under increasing pressure to return political contributions from SBF and other FTX officials.

This year’s Democratic candidate for governor of Texas, Beto O’Rourke, returned a $1 million donation from SBF four days prior to Election Day. Reps. Chuy Garcia, a Democrat from Illinois, and Kevin Hern, a Republican from Oklahoma, were among those who gave the funds to charity.

A DNC spokesperson notes that the entity is setting aside funds in order to return the $815,000 in contributions since 2020. According to reports, DNC will return the funds as soon as they receive proper direction in the legal proceedings. According to the Washington Post, the other two Committees, DSCC and DCCC have also given $103,000 and $250,000, respectively.

SBF announced in a podcast earlier this year that he intended to spend up to one billion dollars to influence the 2024 presidential election campaigns. Rep.-elect Maxwell Frost (D-FL) announced on Wednesday that he would send Bankman-Fried’s campaign contributions to the Zebra Coalition, a Florida organization that assists homeless LGBTQ+ kids.

Even if the purportedly stolen funds are returned to clients, elections watchdogs hope that Bankman-Fried’s scam will result in reforms to campaign funding transparency regulations. This Thursday, Citizens for Responsibility and Ethics in Washington (CREW) filed a complaint with the Federal Elections Commission requesting an investigation into “dark” donations made by Bankman-Fried.