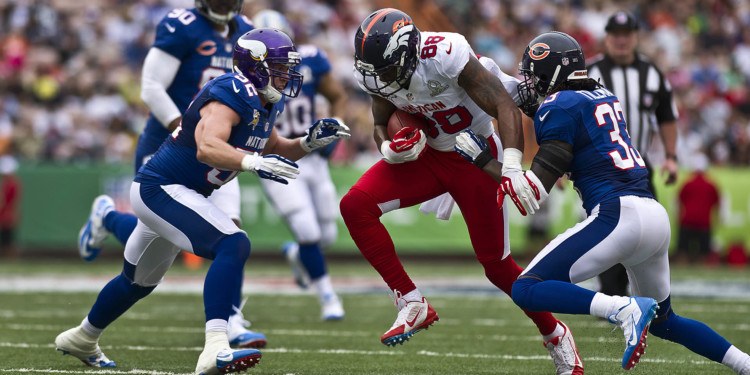 fan controlled american league on for next year

Recognition of cryptocurrencies is very in, and now, football fans have found a way to integrate football with crypto space. A fan-controlled Football League has emerged which is entirely crypto powered. Latest news reveals that American football players Richard Sherman and Marshawn Lynch are participating in this as team owners.

They have played beside each other before and have won the Superbowl together. Lynch serves as a running back for the Raiders, and Sherman serves as the cornerback for the 49ers. Both will assist as captains for their own franchise as the first season starts in June of 2019.

This whole event is based on blockchain technology and is a sports league that is controlled by fans. Fans make the decisions about who to hire for coach and what players to recruit. They decide the timings for the games and create the logos and team names as well.

In September of 2018, Joe Montana who is the NFL Hall of Famer and also a renown venture capitalist joined the league as the chief adviser and investor. In December of 2017, this fan controlled event got around $5 millions from an ICO by a famous crowdfunding company called Indiegogo.

FCFL revealed in a blog post that its Inial Coin Offerings would be delayed because it is waiting to release a functioning platform to show that the fan tokens are useable and are not a risky investment. They stated that after having spent countless hours with their advisers and counsel they settled the issue will delaying the fan token event and decided to wait for the release of a functioning platform.

The FCFL is planning to gain great profit from the establishing recognition of blockchain and cryptocurrency. By merging the passion for sports and video games, they are offering an extraordinary experience.

The games are set to be streamed on the streaming site called Twitch. The games happen in a high technology production studio with about a 1000 seats for the audience.