Canada begins consultations with stakeholders on Crypto and CBDC 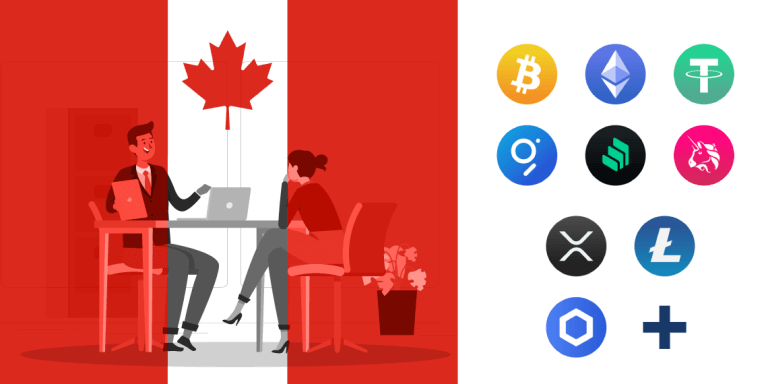 The federal government of Canada has commenced consultation with cryptocurrency stakeholders. The statement comes from a mini-budget report for 2022 shared by the government under the section Addressing the Digitalization of Money.

The report is part of a fiscal update – 2022 Fall Economic Statement – released by deputy prime minister Chrystia Freeland, which is prepared in conjunction with the main annual report.

Contents hide
1 Addressing the digitization of money in Canada
2 Cryptocurrency use in Canada
3 Central Bank Digital Currency (CBDC)
4 So what are the benefits of CBDCs?

Addressing the digitization of money in Canada

There has been an upsurge of blockchain and decentralized finance products like cryptocurrencies, Central Bank Digital Currency, and stablecoins. The report refers to the upsurge as the digitization of money and therefore bringing the need for a new framework of regulation and financial systems.

The report acknowledged the global use of cryptocurrencies and digital assets to avoid international sanctions and use in funding illegal activity. The use in effect posed a significant challenge to democratic institutions.

To help address these challenges in Canada, Budget 2022 announced the government’s intention to launch a financial sector legislative review focused on the digitalization of money and maintaining financial sector stability and security.

On November 3, 2022, the government launched consultations with relevant stakeholders on digital assets, including cryptocurrencies, stablecoins, and central bank digital currencies.

Cryptocurrency use in Canada

In January the Canadian government fell into headwinds with protestors (who were being funded in crypto) regarding the Covid 19 vaccine mandate and restrictions. The protests escalated, prompting the province of Ontario to declare a state of emergency.

The ripple effect resulted in the Canadian Prime Minister Justin Trudeau invoking the Emergencies Act giving him powers to freeze ‘Freedom Convoy protesters’ bank accounts and monitor suspicious transactions including crypto. Millions of donations were frozen including a stash of 21 Bitcoin from fundraising platforms like GoFundMe and GiveSendGo.

A day later the Canadian federal police sent letters to several crypto exchanges demanding they “cease facilitating any transactions” with more than 30 specific cryptocurrency wallet addresses linked to the ongoing truck protests in the country.

The HonkHonk Hodl group raised 22 BTC valued at $1M  through the Tallycoin BTC fundraising platform. The group later closed their group when they exceeded their fundraising goal.

GoFundMe cooperated with Canadian enforcement officials to refund donors. Still, GiveSendGo has experienced a data leak exposing the identity of “thousands of names of those who donated to the Freedom Convoy,” as reported by The Daily Dot writer Mikael Thalen.

Unlike Stablecoins, CBDCs are digital currencies backed and issued by a central bank or government. They are an alternative to fiat money being explored by governments around the world.

CBDCs issued by central banks will be one of the most revolutionary innovations in the global financial ecosystem. In the financial world, there have been a lot of questions about the Fiat versus CBDC discussion. CBDCs are managed on a digital blockchain ledger. The benefits of distributed ledgers like the Blockchain are wide prompting nations to explore their use cases.

So what are the benefits of CBDCs?

CBDCs make government functions and monetary policy easier to implement. Blockchain technology, specifically smart contracts can be developed to facilitate transactions between banks and retail users. All transactions are accessible by the Central bank making the calculation and collection of taxes more efficient.

Digital currencies can be transferred across user wallets globally without the need for intermediaries. Unlike, fiat money which requires multiple bank transfers resulting in high fees for transactions. A CBDC eliminates the risk of a single point of failure in the system.

CBDCs, however, unlike stablecoins, are centralized. Complete authority of the CBDC distributed ledger is vested in a central authority.