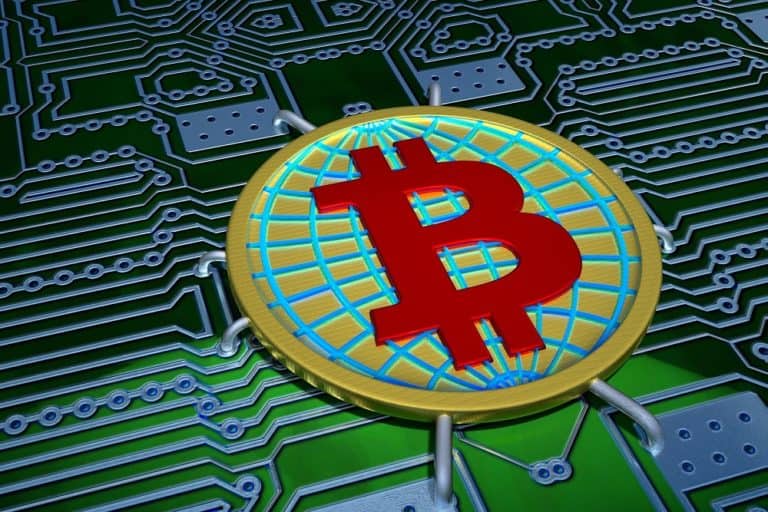 Ahead of  Bitcoin halving event to hold in May, crypto rise has continued since 2020 began as BTC past $9K, in the early trading hours on Sunday, Bitcoin experienced a surge rising to $9,188 USD.

The leading crypto asset tapped $9,120, surging higher as the weekly candle’s close approaches, boding well for bulls. Owing to BTC’s continued rise, its new value has put the crypto community on alert of a possible rise to $10,000 in the near term.

Currently, Bitcoin is changed at $9,036 on the dollar, this represents over 3% increase in the past 24 hours. This $9000 rise began since Tuesday when the price crossed above the rising wedge channel resistance at $8,161 USD as bulls took over a rather stagnant market.

Despite that BTC past $9K and it continues to surge over time, crypto analysts expect that the digital asset continues to go higher.

Noting that $9,080 is a critical level from a high time frame perspective for Bitcoin, CryptoDude believes that if Bitcoin manages to hold above key resistance every week when the candle closes on Sunday night, it will indicate that there is a macro reversal on the horizon. one that will bring BTC back to the $14,000 high seen last year and potentially beyond.

$BTC Critical level at higher TFs, will try my chances with a short if it closes below this range at 4H – bulls have held it well so far with 2 touches yet no break therefore I'm not confident enough in getting in a position now.

Flat, caution for bulls if they lose support. pic.twitter.com/Bs7YNf0HgT

CryptoBird, a trader believes that on a shorter time frame, this latest surge has allowed Bitcoin to break above a flat channel that BTC has traded in for nearly a week now, which has a low of $8,555 and a high of $9,000. He expects a breakout of the channel to bring Bitcoin 4% higher from where it is now to $9,400.

Prepared another $btc map for ya😊 pic.twitter.com/t1GxLSafdQ

Another analyst, trader Filb Filb noted that he expects for BTC to soon make a raid on the previous resistance level of $9,555, noting that this is where the price of the cryptocurrency topped in October and early-November

Indications from weekly chats show that Bitcoin price seems to have set the bottom back in November and December when the bears tested the $6,500 USD support level. 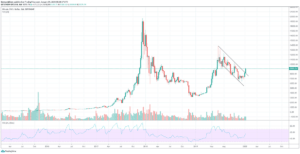 After then, Bitcoin traded in a sideways movement for a while before breaking out to $8,300 USD resistance level in the first week of January.

If bulls are able to keep price above the weekly rising channel resistance, a push past the psychological level at $10 K is achievable in a week. A breach above $10 K before the halving will set up the coin towards a target of 2019 highs of $14,000 USD and possibly ATH at $20,000 USD after halving.