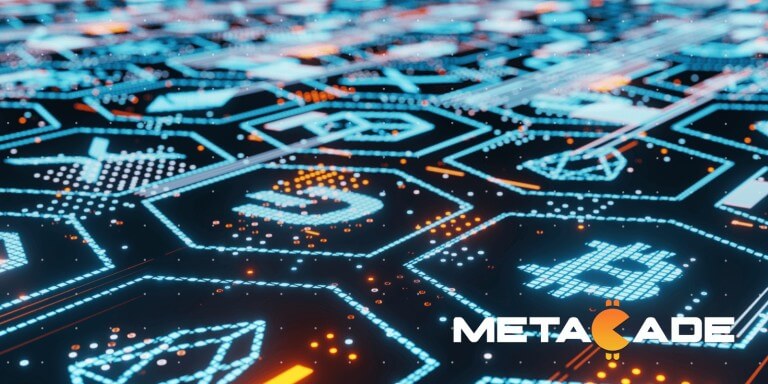 With the crypto crash of early 2022 pushing everyone into a crypto bear market, popular cryptocurrencies such as Bitcoin (BTC) may struggle to regain ground in 2023 as the economy slows. The crypto market as a whole remains reflective of the current economic picture, though there are some cryptos such as Metacade (MCADE) that should see gains as their popularity rises following presale.

Reasons for the Crypto Bear Market

While designed as a replacement for fiat currency and an asset to hedge the financial markets, crypto, and Bitcoin (BTC) in particular, are following the stock market closer than ever before. As the economy of major nations slow, financial markets are taking a hit, and the crypto market is staying in lockstep with them.

The main reason for this is chiefly the hikes in investment rates. For close to a decade, interest rates have remained at historical lows, massaging the economy and the markets upward. Now, due to incessant money printing and pandemic stimulus, inflation has burst through the economic dam, forcing central banks into extreme interest rate hikes.

Rising interest rates are designed to suck liquidity out of the market, with high-risk assets such as tech stocks and crypto being particularly affected. As the interest rates remove liquidity, investors attempt to regain it by selling high-risk assets first. For maybe the first time in its history,  Bitcoin (BTC) is experiencing this flight to liquidity, pushing popular crypto assets into a crypto bear market that matches the bear stock market.

What is Metacade (MCADE) and How is it Different?

Metacade is a GameFi hub that has appeal across not only the entire gaming community, but prospective investors looking for an entry point into next-generation titles. As the gaming industry transitions towards GameFi, Metacade will be well-positioned to become a leading name in this burgeoning market.

By becoming a central hub where gamers can find an ever-increasing range of newly-developed P2E games, Metacade’s value isn’t dependent on the popularity of a single title. With the ability to chat with other gamers, vote on which game developers receive grants to create new games, and earn by playing, posting, writing reviews, and testing, Metacade will become a place for a wide scope of gamers – casual to hardcore.

With the adoption of grants, referred to as Metagrants, game developers will also be able to pitch their new game ideas directly to the Metacade community. The community can then vote on which ones they like the best and reward those developers with the Metagrants that will let them create their new game – providing a continually fresh selection of gamer-approved titles for the arcade.

Not only can gamers earn by playing the newest P2E games, but Metacade users are incentivized to share their gaming tips and tricks by being rewarded for posting content that helps other players get ahead, meaning the entire Metacade community will benefit. Users can also enter top tournaments and prize draws, garnering even more ways to earn MCADE tokens. And that’s not the only way to earn: MCADE holders can also stake their coins, giving them the chance to earn passively while their tokens earn interest.

As a completely decentralized GameFi hub, the direction of Metacade is in the hands of its community, as is the direction of gaming itself. By being able to vote on who receives Metagrants and communicating directly with game developers, Metacade users will have a marked impact on the future of the gaming industry, having a part in crafting games that they want to see. This means that Metacade will always be updated, keeping it fresh and relevant.

Its MCADE token should thus hold steady value, even through a crypto bear market that affects so many other crypto assets like Solana, Cardano, Ethereum and even Bitcoin.

No one can say for sure how long the crypto bear market will last. Some experts believe the value of BTC could rise dramatically in late 2023, others aren’t so bullish on the near future of BTC, pointing to the shrinking economy, rising interest rates, and the correlation between the crypto bear market and the stock market as a whole. If that correlation continues, it may take more time for BTC and other crypto assets to regain the value they once enjoyed before the crash.

Metacade, on the other hand, isn’t tied to the overall crypto market as much as it is to the gaming market. And with the gaming market unquestionably on the rise, Metacade’s value shouldn’t be as affected by the crypto bear market as some assets like BTC are.

This differentiates Metacade from other assets, insulating it no matter how long the crypto bear market lasts. And with a presale just getting underway, the cost to get in on Metacade will unlikely ever be lower than now. Currently, the price for the beta sale is just $0.008, and will incrementally increase with each new stage of the presale, making this the time to get in on this opportunity for pennies on the dollar! For these reasons, Metacade is positioned to have a more successful 2023 than even Bitcoin.