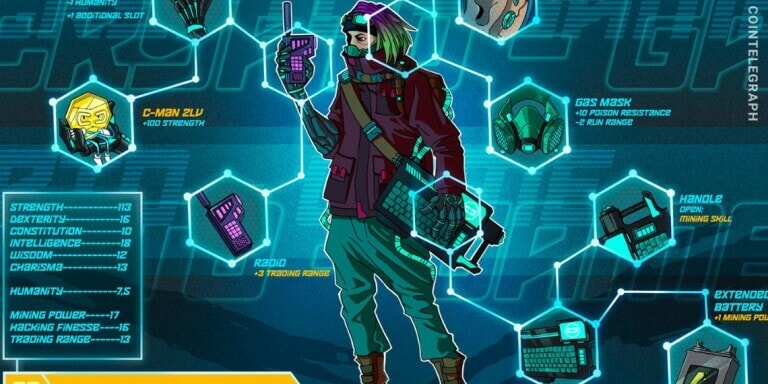 FTX’s collapse has shocked the crypto world and taken billions of dollars from the market. Alongside the LUNA collapse and some crypto hacks, this year has been the worst year for crypto investors, and every trader, investor, and the crypto-related company is somewhat badly impacted this year. However, one sector stands apart from the rest and that is blockchain gaming.

Ever since its arrival on the big stage, the gaming industry is moving in an upward direction and its active users are increasing day by day. In September 2022, out of total blockchain activity, 45% belonged to the blockchain gaming industry. It had 911,720 daily unique active wallets in September. In October there was not any change in the daily unique active wallets and it remains the same. However, November was not the same.

On 6th November Coindest’s report about FTX and Alameda’s balance sheet shocked the crypto world and within a few days, FTX filed for bankruptcy. This impacted the whole crypto market and so as the gaming industry. In November, the average daily unique active wallets (dUAW) decreased to 800,875. This is a decrease of 12% but it still constitutes the most significant part of the industry, making up 42.67% of all blockchain activity.

Nevertheless, keeping the crypto situation in mind, this is not a big decrease in the dUAW showing the resilience of gaming activity in the crypto world.

Among them, the WAX is a rare gaming protocol that saw an increase in the number of dUAW in the past three months. In October it had an average of 329,529 daily unique active wallets which is an increase of 8.85% than September. Additionally, the gaming dapp saw an increase of 4.48% in November despite the FTX crash. In November, its dUAW was 344,284.

It is one of those gaming protocols whose activity was in the downtrend even before the arrival of the FTX collapse. Its active users were decreasing since September and in October, its unique active wallets decreased by 4.33% to on average, 82,002 dUAW) while in November, it decreased by 8.8% to on average, 74,786 dUAW.

Similarly, EOS activity is also in a downtrend since September. It dropped by 13% in October while in November its unique active wallets decreased by 16.57%.

If one gaming protocol is hit harder by FTX collapse than the rest, that is Solana. It saw a decline of 44.69% of unique active wallets in October and it reaches 21,979 daily unique active wallets. While in November the decline was sharper and the activity decreased by 89.42% (on average, 2,326 dUAW). This is the lowest number we’ve ever registered for dUAW.

It is thought that blockchain technology will remain robust despite the failure of FTX, as it lies at the core of other innovative projects that are expected to change our financial system and gaming economy. Technology didn’t flinch, allowing users to store and send assets. The collapse of Alameda and the FTX centralized exchange may not be of interest to those entering the crypto space through gaming or NFT channels.