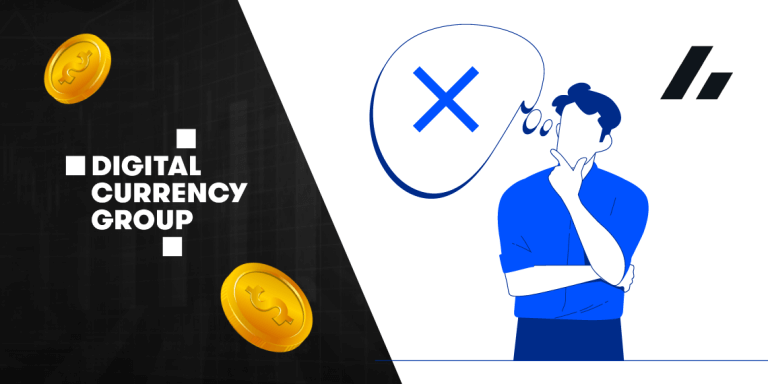 Bitvavo claimed that Digital Currency Group (DCG) owned more assets than they were willing to owe up. Events leading up to the offer go back to Genesis Capital, owned by DCG.

Multiple parties, including Gemini and affected users, have come up in arms against DCG over claims of fraud and dishonesty by the party.

Bitvavo is a European company that offers crypto trading services to users and tailor-made crypto products and services to institutional investors and crypto funds. Their exchange boasts over 1 million users and over $100 billion total exchanged volume.

Bitvavo used DCG services to offer off-chain staking products to its users; fast forward, DCG fell into liquidity troubles arising from the turbulent crypto market. As a result, the firm suspended repayments to its creditors until they resolved their financial problems.

According to a statement by Bitvavo, they managed $1.72 billion in digital assets; of these, they allocated  $300 million to DCG.

Despite the hole in its balance sheet, the crypto exchange assured its users that the DCG situation did not impact the platform. The Off-chain product, disabled by default, is still available to their users. The product enables them to earn passive income on their digital assets.

Simply put, DCG did not expose Bitvavo customers’ to their liquidity problems.

The two entities discussed a fast, amicable solution to recover the debt.

On January 9, DCG offered the exchange a proposal to repay 70% of the amount owed within a time frame acceptable by the exchange. The exchange immediately turned down the proposal.

As creditors, the latter is not acceptable because DCG has sufficient funds available for full repayment.

The creditor argued that if Genesis (DCG subsidiary) filed for Chapter 11 bankruptcy,

the residual amount would not jeopardize them, so the situation would likely span out longer than was anticipated.

Digital Currency Group is a crypto venture capital company with investments in over 200 companies. The company boasts of its role in the first publicly-quoted BTC fund, the most significant assets manager, owner of Coindesk, the top mining pool in the world, and a leading crypto broker.

Cameron Winklevoss, the Gemini co-founder, also aired his concerns in an open letter shared on Twitter.

Cameron accused DCG and its CEO Barry Silbert of defrauding over 34,000 users. According to the letter, Genesis lent $2.36 billion to the now-bankrupt 3 arrows capital. According to reports, part of the loss included Gemini’s funds.

Winklevoss called for Silbert to resign as CEO; only then would a structured out-of-court solution to the satisfaction of all parties concerned would be found.

Silbert shared a QA session where he sought to clear the air about the situation. In the session, he shared that all DCG subsidiaries were independent entities and had zero business with Genesis capital; however, he cleared that he owed Genesis $447.5 million in USD and a 4,550 BTC (~$78 million) loan due May 2023.

Silbert also denied that they had any role in the restructuring process of Genesis Capital. He reiterated that since they had outstanding loans and the promissory note to Genesis, they had no decision-making authority to restructure Genesis Capital.

The problematic situation forced DCG to cut down its workforce and wind down HQ, a wealth management subsidiary they incorporated in 2020.

As this new year unfolds, we are hunkering down with our “lean and mean” mindset.

The 2022 bear market is spilling into 2023, and the performance of the market this year will be pivotal to most of the company’s continued operation.