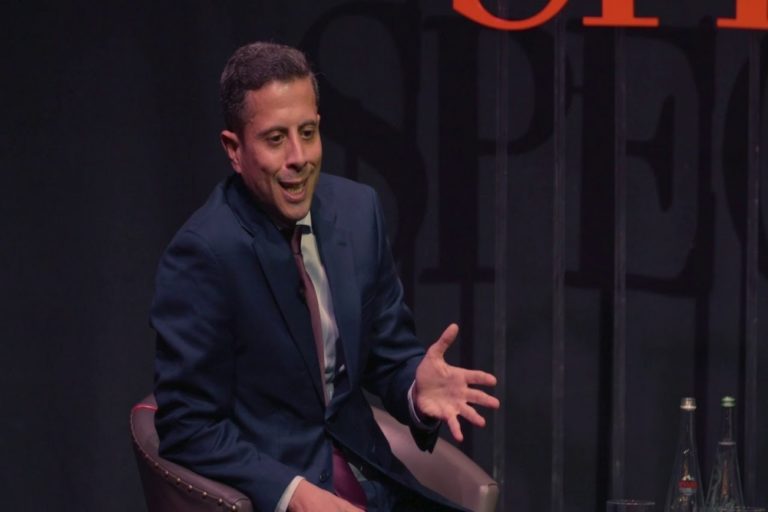 Well-known economist and a Bitcoin proponent Saifedean Ammous, has reached out to all the traders through a tweet stating that those who have not indulged in the Bitcoin rally yet, have lost the race already.

According to him, all other cryptocurrencies are a “zero sum game”. After all, one man’s gain is always another man’s loss.

Cryptocurrencies are a zero sum game, and if you're not Bitcoin you've already lost.
Copying bitcoin is not innovation, it's just a new way of running an old scam: money printing. Actual innovations will be built on Bitcoin NOT by people copying it to print their own money. https://t.co/6TD0aLGF0Y

Ammous further went on to remark that all other cryptocurrencies are built out of thin air and that there is one and only one virtual currency – and that is Bitcoin!

Ammous’s tweet comes as a response to Blockstack founder, Muneeb Ali’s post, in which the latter claimed that Bitcoin can form the groundwork for other emerging cryptocurrencies and support subsequent innovations in the crypto space. However, Ammous refuted the idea saying that innovations such as these will only generate variations of Bitcoin and not an original.

Saifedean, this is just not true. One chain cannot optimize for all variables and all desired attributes of a digital asset. Thus multiple will exist, and further, while in part competitive, they are also in part complimentary and constructive. "Only BTC" is a weaker landscape.

According to him, virtual currencies other than Bitcoin have been ineffectual in building features useful to the mainstream economy. Thus, he pleads his followers to only engage in Bitcoin trading as Bitcoin is the kingpin of the crypto markets.

While Ammous was busy spouting disparagement over alternative currencies, CEO of Shapeshift, Erik Vorhees, denounced his rant stating that alternative tokens will never cease to exist as they are equally essential to an economy and complement the entire cryptocurrency landscape.

Following the chain of tweets, many have identified Ammous’s beliefs with Bitcoin Maximalism – a term that emphasizes on Bitcoin proponents who perpetually focus on Bitcoin’s merits, without paying any heed to other emerging blockchain-based currencies.

Earlier this week, Ammous declared on the podcast feature of “What Bitcoin Did” that the existing amount of BTC tokens, currently twenty-one million in number, will never outgrow the actual demand for cryptocurrencies, and this speaks volumes about the BTC popularity.

Even if this were true, Ammous’s foolhardy claims regarding other token being inept, are falsified with significant innovations taken place using other cryptocurrencies. For instance, there are noteworthy accomplishments such as the Nano block-lattice that expedites transactions and makes them super affordable or the Ethereum smart contracts launched in 2014.

Indeed, Bitcoin does constitute a significant chunk of market cap, which is roughly sixty-five percent (65%). However, that does not, in any way, take away credit from other transpiring digital currencies that have made the crypto markets more competitive than ever.