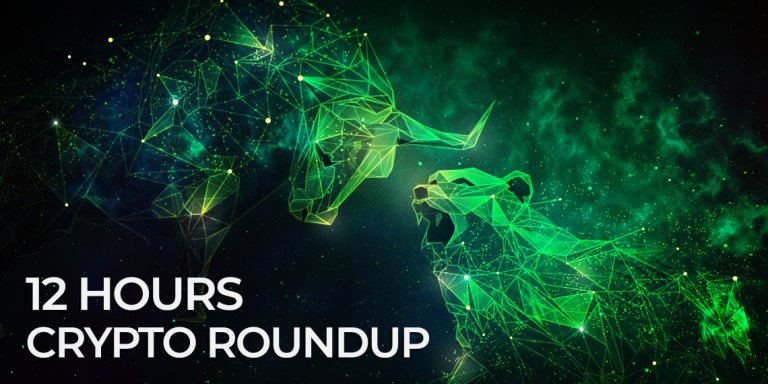 People might only know about a handful of cryptocurrency tokens, but the industry is now home to thousands of digital coins. Bitcoin might still be the leader of the market but its popularity and dominance are slashed by the rise of several altcoins.

Nonetheless, crypto continues to influence the modern global economic structure. It is widely used for trading and investing. Also, it is consumed as a payment and transaction gateway that unites the global community in one place. However, the cryptocurrency market is full of risks and its daily price fluctuations depict its volatility.

We are 3 days into the new year, and experts are already getting cautious and concerned about Bitcoin’s performance. The leading cryptocurrency market influences the entire industry even though its dominance has now shrunk to a low of 39.60%. The yearly closing for Bitcoin was not even a shadow of what was expected from the coin. However, the new year has also been unable to positively influence Bitcoin.

With a market cap of under $894 Billion and a 24-hours trading volume of $33.30 Billion, Bitcoin is priced around the $47,200 mark, at the time of writing. The token is almost 8% down in its weekly price change. Considering the recent drop in its prices, Bitcoin has to break out of this tight range to move positively in the longer run.

Institutional investors and traders are critically analyzing the performance of Bitcoin lately. The coin’s price movement is deemed to be crucial from this point. The price outlook of Bitcoin might become clearer towards the end of this week.

Being the head of altcoins, Ethereum holds a significant spot in the cryptocurrency industry. Ethereum’s dominance has increased to over 20.20%. Over the last 2 days of trading, ETH was stuck around the resistance level of $3,750.

Experts believed ETH could plunge if it could not break the resistance level. However, ETH could surge by 2.12% to cross $3,800. At the time of writing, Ethereum is priced at $3,825. It is still about 6.54% below its weekly price change. The market cap of ETH is around $455 Billion, and its trading volume is also over $10.84 Billion.

Among the competitors of Ethereum, only LUNA managed to gain some value. Its value increased by over 4% in the last 24 hours. However, ADA and SOL did not experience a significant price change over the last day or so. Both of these coins lost about 13% from the previous week’s price.

Since last week, Cosmos (ATOM) has been one of the most significant performers in the cryptocurrency market. When the rest of the market is plagued with fear and uncertainty, ATOM has recorded a further 9% gain in its price. The coin is now valued at above $38.20, with an almost 24% increase since the last week.

The chart below shows the exceptional upsurge of the ATOM token. Its market cap has crossed $8.54 Billion, and its trading volume has also exceeded $1.15 Billion. ATOM has also climbed up to number 25 in the list of top cryptocurrencies by market cap.

On the other hand, UNI has also gained over 9% in the last 24 hours. The coin has managed to pull back after last week’s losses. Its recent price hike is commendable, even though the coin is still 2% less than last week’s price. The coin’s market cap is now closing its gap with the $12 Billion mark.

Moreover, AAVE has managed to gain 8% in the last day. These recent few green candles have pushed AAVE’s price to almost $277. The coin’s current value is still 3% less than its previous week’s price. However, the coin has managed to pull back and regain some stability in the market. LINK and FTM have also gained 7% and 4%, respectively, apart from these coins.

Monero’s XMR was among the top performers at the end of last week. However, the coin has retracted by over 5.50% over the previous 24 hours of trading. Its price has consolidated to around $233.70. The coin is still showing green results in terms of weekly price change because of its upsurge a few days back.

Nonetheless, the next few days will be crucial in forming a clear trend pattern for the coin in the longer run. The market cap and the coin’s trading volume have also experienced a dent because of its recent price crash.

In addition to this, AVAX has also shed over 2.50% lately. The coin was riding high on momentum even in a retracing market. It had posted commendable gains in the last couple of days. However, during the previous 24 hours, the coin has dropped to the $112 mark. In terms of weekly price change, AVAX has decreased by 3.70%.

Polygon’s MATIC has also shed over the last day. After hitting a new all-time high, MATIC has shed about 12.70% in the last seven days. The coin is now trading around the $2.50 mark. The 24-hour trading volume of the coin is still above the $1.05 Billion mark.

The cryptocurrency market is clouded with uncertain dynamics, primarily because of the holiday season. However, this might be a healthy correction phase for the industry as cryptocurrencies are expected to perform highly at the start of the new year. These next few days will be critical for the market to settle on the next trend. There have been no major gainers or losers in the last couple of days. Thus, we might be in for a significant price overhaul in the coming days.

5 mins read
Blockchain games are doing great despite the failure of FTX
02 December, 2022

5 mins read
Reserve Bank of India’s crypto alternative is here: How can one use the e-Rupi?
02 December, 2022