Bitcoin basics explained on the example of buying hosting 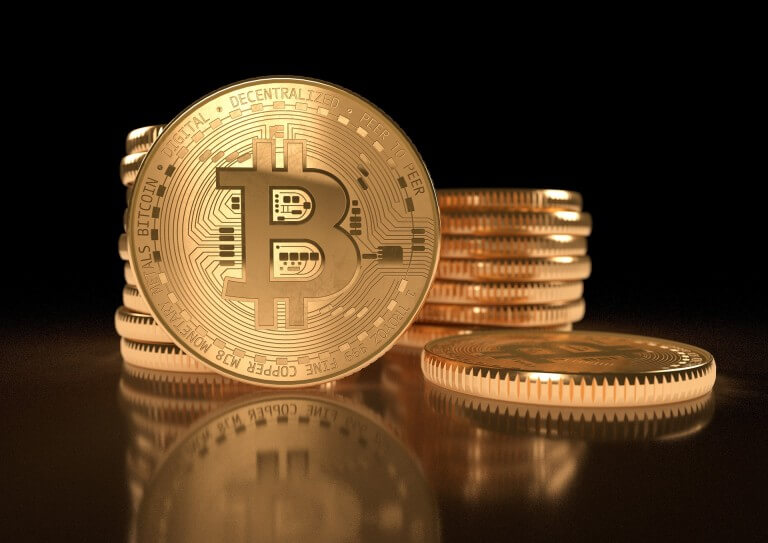 One of the most discussed topics in banking and finance is cryptocurrency. The first, most important, and most famous is Bitcoin. For many, it is simply synonymous with the word “cryptocurrency”.

As we live in a digital world, we use cash less and less. To buy most products, we make electronic transactions. So whether you buy dedicated server with BTC or USD, the difference for you as a user will be slight. You use a different app, a different password, and that’s all.

As this solution is fresh – created only a dozen or so years ago – the value of cryptocurrencies can fluctuate significantly. Due to their young age and many unknowns, they react much more strongly to various events than other currencies, commodity prices, or corporate stocks. They are especially subject to changes in demand, supply, regulations, and security issues.

Today, many people use cryptocurrencies as a transaction method without involving banks or other traditional financial institutions, e.g., VPS Bitcoin Payment. However, cryptocurrencies are not guaranteed by governments, so users risk losing their money if the cryptocurrency platform goes bankrupt.

Bitcoin was created in 2009 by an unknown author known as Satoshi Nakamoto. It is based on exceptionally advanced cryptography and a P2P (peer-to-peer) exchange network, i.e., without intermediaries. You can buy dedicated server with BTC and make other electronic transactions in a simple, fast, and secure way.

How is cryptocurrency produced?

Gold must be mined and processed, cash must be minted or printed, and how about cryptocurrency? The creators of Bitcoin were inspired by gold, the method of obtaining it, and its functions in the economy. Therefore, the process of creating a cryptocurrency is called mining, and the people who produce it are called miners.

Anyone with a computer can mine Bitcoins. At least in theory. Simply put, you can obtain Bitcoin using the computing power of your computer. The cryptocurrency creation system works as a kind of perpetual motion machine. The work of computer miners is needed to carry out Bitcoin transactions on the network.

However, there is a catch because the chances of mining a single coin worth several thousand dollars for the average person are slight. To do it, you need the computing power of the entire farm of powerful servers, mainly adapted to this task. The business is risky: expensive equipment, huge electricity bills, and unstable exchange rate.

Interestingly, the authors included a clever mechanism regulating excavations. Well, the more miners try to obtain digital coins, the more difficult this task is. When mining groups give up their efforts, Bitcoin becomes easier to mine, thus encouraging new miners to take action.

The essential advantage of cryptocurrency is the convenience of its use. When a VPS Bitcoin Payment is made, you pay directly to the hosting provider without intermediaries. When you pay with fiat money, substantial costs are generated by currency conversion.

In addition, when you buy a dedicated server with BTC, it is instantly transferred to the hosting provider account, regardless of which country you are making the transaction. You can be sure that your server will be ready in minutes, and you could start creating your website immediately.

Operating cryptocurrency is remarkably safe and much more reliable than transfers with fiat money. Despite this, there have been reports of theft or loss of Bitcoins, but this is not on a scale comparable to the daily hacking of traditional bank accounts or theft from payment cards. Making VPS Bitcoin Payment is safer than buying it with your credit card.

Bitcoin has a defense mechanism against inflation – its resources will only increase to the limit of 21 million. Reaching this barrier will take many more years. Situations of extra printing, known from the contemporary practice of states, are impossible to occur.

And the last, for many, key advantage of Bitcoins – they provide trustworthy anonymity during transactions. Nobody can trace your VPS Bitcoin Payment. It convinces those who watch with fear subsequent reports of violations of Internet users’ privacy by government institutions in many countries.

With the growing interest in Bitcoins, loads of educational websites have sprung up like mushrooms after the rain, aimed at promoting the advantages of virtual currency. You can read reliable information on them about the strengths of using Bitcoins, but the disadvantages are most often overlooked.

It is worth looking at them because it’s about money. The fact that Bitcoins are in no way controlled by financial institutions or a central bank is an advantage but also a disadvantage. No state guarantees its stability and value with its authority. It makes the course of cryptocurrencies extremely susceptible to speculation.

Many specialists believe that Bitcoin is another speculative bubble that will burst with a bang. Among those who share this opinion is the former head of the US Federal Reserve, Alan Greenspan. You can note that the biggest opponents of cryptocurrencies are representatives of authorities and financial institutions. Cryptocurrencies are their competition.

Looking at the Bitcoin charts, we see a picture of a risky tech startup: an incredible upswing, fueled by the mass enthusiasm of the online community, and then a sharp downward swing, almost half in value, caused by the decision of the authorities. Huge increase – from 18,000 to 60,000 in 2021 and drop again to 16,000 at the end of 2022.

Uncertainty is not conducive to business. Hosting providers accepting cryptocurrency decide to take that risk. At the moment you buy dedicated server with BTC you pay its current price, but it may lose dramatically overnight, crossing the profitability of the venture.

The next disadvantage of cryptocurrency is its attractiveness to all kinds of criminals. Anonymity, speed, and lack of control by state and international institutions make Bitcoins willingly used in illegal businesses. Unfortunately, where there is freedom for honest citizens, criminal organizations benefit in the big league. It is the sad truth that we must accept.

A charity that cares for the homeless can buy dedicated server with BTC because they accept them as donations, but so can a criminal distributing illegal content. And in the latter case, there will be no way to track them. The ample use of Bitcoin by criminals makes governments block the development of cryptocurrencies.

Cryptocurrencies may eventually become just a beautiful utopian idea, which in practice cannot be implemented because states will not agree to lose control over the circulation of money. At this point, we come to philosophical and political science issues. There is a question about the legitimacy of the existence of states and borders.

Although Bitcoin’s ideology and assumption are about a lack of control and equal global means of payment, we must not forget that we live in a world divided into states. Each state should provide its inhabitants with social welfare, public order, and security, but on the other hand, it is funded by taxes.

Nation-states have a problem with adapting to the ongoing changes consisting in the blurring of borders of the global world.

Some states recognize Bitcoin as private money and allow limited transactions. In some, people can not only buy dedicated server with BTC but even pay taxes. Many countries tax cryptocurrencies as financial instruments but deprive them of their legal status. Each country has a different regulation that complicates its use in the global dimension.

How can Bitcoin transactions be used in online trading? What do you have to do to make VPS Bitcoin Payment? The first step is to set up a wallet necessary to collect them – you can do it using the website or application. The next step is to buy BTC, and that’s all; you are ready to buy your hosting services.

And how does it work when you are a hosting reseller and want to receive VPS Bitcoin Payment? You must place a micropayment module with Bitcoins on your website. So far, many services of this kind have been created, which are very similar to long-known solutions, such as PayPal. The most famous are BitPay, BIPS, and BTC Merch.

Bitcoin has an enormous baggage of pros and cons on its back, and an uncertain future ahead. It’s hard to predict the future; some think it will become a global means of payment, while others prophesy a collapse and bankruptcy.

Currently, cryptocurrencies are developing. More online stores are introducing cryptocurrency payments; you can buy dedicated servers with BTC and many different other services as well. Governments also are looking for ways to regulate cryptocurrency status.

The group of opponents and supporters of cryptocurrencies seems to be equivalent. Most people, however, are waiting to see if Bitcoin will settle in the global economy. Then the time will come to assess whether the cryptocurrency has a raison d’etre.

6 mins read
Ripple and the Central Bank of Montenegro are creating a CBDC
30 January, 2023