Binance Coin price analysis: BNB may be in for a slight retracement 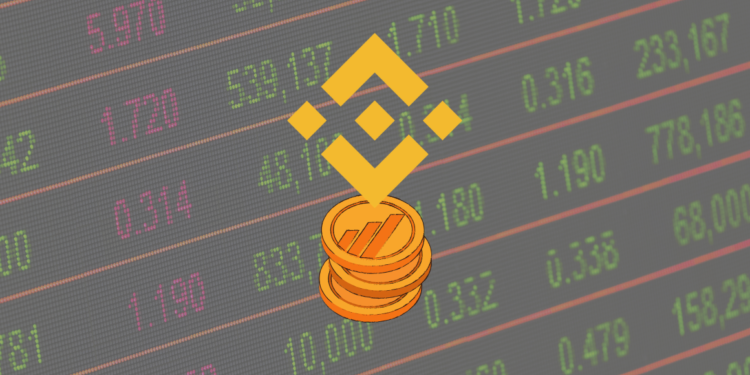 Over the last month or so, the Binance Coin price has been one to keep an eye on. Beginning the year at $13, the coin kept climbing until it reached its November 2019 highs.

Despite struggling at the 200-day EMA for most of January, BNB began to climb higher in February, breaking above a five-month-old trend line to reach its current resistance level.

The Binance Coin price began the day on a downtrend, trading at about $21.97. This continued until the coin dropped to roughly $21.05. It began making its way back, reaching around $21.57 before correcting down to about $20.88. The Binance Coin price has been steadily rising to $21.69 at the time of writing, a decline of 1.38 percent over the last 24 hours.

The relative strength index (RSI) does little to improve on the outlook.  This indicator has reached severely overbought levels, suggesting the bulls may be losing steam. If the RSI changes, BNB may be in for a decline to $20.

However, trader Profitable_Meduza suggests BNB is still a good buy, arguing BNB will continue rising to $22 before retracing to a sell position.

Binance, the world’s largest cryptocurrency exchange by trading volume, has continued making headway on its futures trading platform, announcing Binance Coin futures. This marks the 17th perpetual contract Binance Futures has launched and will be available for trading from the 10th of February 2020, 8:00 AM (UTC). The announcement comes shortly after launching ZCash perpetual contracts.

Additionally, Changpeng (CZ) Zhao, chief executive officer of Binance has teased the launch of a cryptic new product called Binance Cloud, which is set to be revealed within the next 10 days. Zhao remained decidedly tight-lipped on the details, but the exchange has been advertising for a senior cloud engineer to join the Cloud Engineering and Architecture team.

Further, the exchange has recently announced the hiring of former TradingView chief operating officer, Iskander Malikov. After more than three years at TradingView, Malikov will now focus on fiat-to-crypto channels across Europe and the Commonwealth of Independent States (CIS).

All this positive news is likely to have a corresponding effect on Binance Coin’s trading price.