CZ: Binance stores its clients’ assets in separate accounts from its own 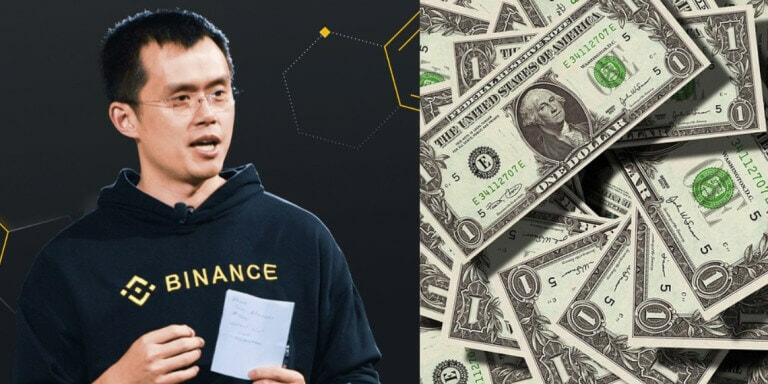 It has been reported that the CEO of Binance, Changpeng Zhao, also known as “CZ,” has issued a personal email to retail customers assuring them of Binance‘s future and financial stability.

CZ addressed the management of client wallets and funds between Binance and their retail consumers as the most recent move in the public relations campaign that Binance has been running to fight back against the fear, uncertainty, and doubt (FUD) that has been spread as a result of the collapse of FTX.

Furthermore, the Binance boss emphasized that his exchange employs its very own wallet infrastructure to protect user assets as well as their own.

CZ also said that they never spend any money that is not their own. They do not make a practice of using customer money while doing business on their own account, he says.

The world’s largest exchange wants to ensure that its retail customers are aware that there will not be a repeat of the FTX situation in the near future. During the Christmas season, the message may be effective in calming anxieties about the retail market.

The current effort to spread fear, uncertainty, and doubt (FUD) about Binance has now reached a personal level for retail consumers.

Retail consumers are aware, as a result of the private and personal communication, that CZ and his exchange take retail customers’ suffering seriously and consider the repercussions of acts on a bigger scale, as CZ claims.

CZ also mentioned deposit wallets in his email, saying that each user on the centralized exchange has one or more blockchain-specific addresses. Deposit addresses are used by users to store their holdings of cryptocurrencies and stablecoins.

The email from the CEO of Binance detailed why user coins are “swept” into several wallets. The platform regularly “sweeps” these currencies into a hot or cold wallet, according to him.

The rationale behind why exchanges sweep tokens is to decrease the number of transactions and maintain gas prices as low as possible, hence drastically cutting total user fees.

He said that, generally speaking, larger sums would be swept more quickly, while smaller amounts may be cleaned after a few deposits or when network gas costs are low.

Methods such as these contribute significantly to the competitiveness of the exchange, allowing us to provide some of the lowest trading fees in the business to our consumers.

When a user requests a withdrawal, Binance’s system transfers money from the hot wallet and deducts the amount from the user’s account balance. If the hot wallet falls below a specific threshold, the cold wallet is used to replace it.

If the hot wallet becomes too big as a result of sweeping, CZ states it will transfer some money to a cold wallet and route future sweeping straight to the cold wallet, again to limit the number of transactions and gas prices.

Disclaimer: The information provided is not trading advice. Cryptopolitan.com holds no liability for any investments made based on the information provided on this page. We strongly recommend independent research and/or consultation with a qualified professional before making any investment dBinance wants to ensure that its retail customers are aware that there will not be a repeat of the FTX situation in the near future. During the Christmas season, the message may be effective in calming anxieties about the retail market.ecision.