Jim Cramer wants the SEC to investigate the crypto industry 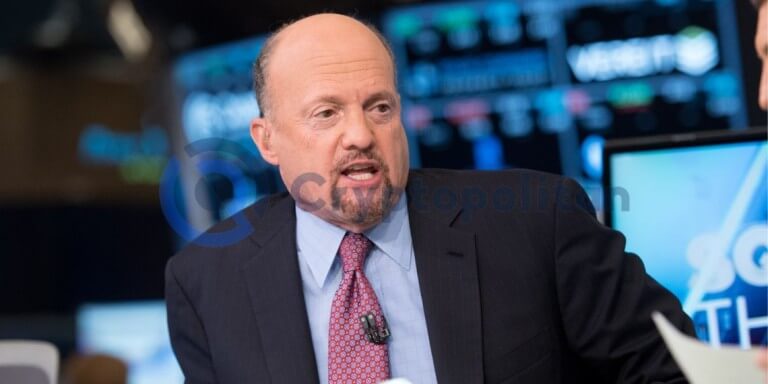 Jim Cramer is at it again, talking about cryptocurrencies while issuing yet another cautionary statement on the assets.

The American economist has requested that the United States Securities and Exchange Commission (SEC) conduct an investigation of the whole of the cryptocurrency business.

Cramer said that he does not have faith in banks and that bitcoin is one of the things that he would never, ever engage in or even consider doing in the future. These statements were made by Cramer during an interview that took place on CNBC on December 23.

I would not touch crypto in a million years because I wouldn’t trust the deposit bank.

The economist, in response to the question on the distinction between centralized and decentralized crypto platforms, noted that neither kind of platform had regulation, nor did either type of platform want to have regulation.

In addition to this, he–yet again–advised anyone who had invested in cryptocurrencies to make every effort to withdraw their funds before it was too late.

Cramer also provided his thoughts on Gary Gensler, the head of the United States Securities and Exchange Commission (SEC), who recently suggested that the crypto business may be regulated using the same securities standards that are already in place. As a result, the economist believes that the SEC should move quickly to begin enforcing regulations against bitcoin enterprises.

He said that it was the process of making money, adding that he is against the notion that ‘cretins’ should be able to generate money and then defraud other people. These equities have performed better than even the worst performers on the Nasdaq, he stated.

In the wake of the failure of FTX and reports that Mazars has decided to discontinue auditing cryptocurrency businesses, government agencies in the United States, and more specifically the Securities and Exchange Commission (SEC), are examining proof-of-reserves (POR) with a heightened level of scrutiny these days.

Although notably, Mazars has told Cryptopolitan that the only cryptocurrency-related work it has paused doing is providing Proof of Reserves reports. This is owing to misunderstandings regarding the nature of these works in the public’s understanding of these reports.

Paul Munter, who is working as the top accountant for the SEC, has emphasized to investors why they should not place a great deal of confidence in POR audits and assertions.

According to the report from the WSJ, the SEC is worried that investors may be receiving a false feeling of confidence from the reports that the businesses have produced.

We’re warning investors to be very wary of some of the claims that are being made by crypto companies. Investors should not place too much confidence in the mere fact a company says it’s got a proof-of-reserves from an audit firm.

Munter went on to explain that an investor does not have access to sufficient information to determine, based on the results of a POR audit, whether or not a firm has enough assets to satisfy its obligations.

According to what the SEC official said to the WSJ, the government agency is gaining a better knowledge of what is happening in the market.

Munter went on to say that if they do identify fact patterns that we considered to be troubling, they would think about referring the matter to the division of enforcement.