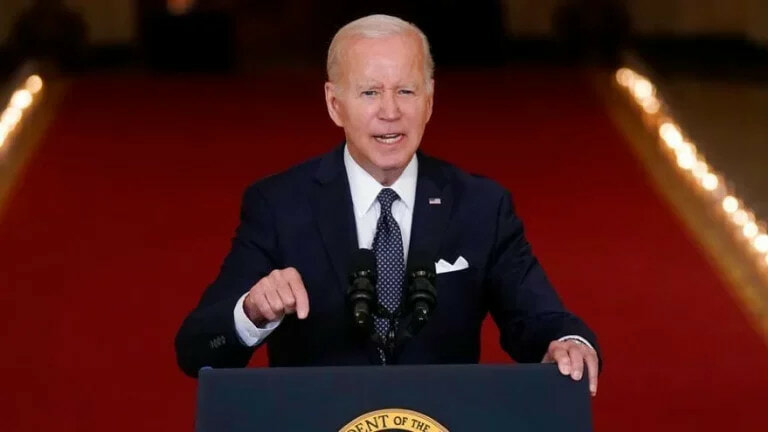 Elon Musk is the wealthiest person in the world, and as his purchase of Twitter continues to raise more and more eyebrows, the current President of the United States has made the executive decision to get in on the discussion.

Yesterday, when speaking at a fund-raising event in Chicago, Vice President Joe Biden referred to the platform as an enterprise that transmits and spews misinformation all around the globe.

Now what are we all worried about? Elon Musk goes out and buys an outfit that sends and spews lies all across the world.

He went on to say that there are no more editors working in the United States. It seemed as if the president was implying that there was no longer any moderation on Twitter, which is a remark that has been reiterated by a number of other users of the platform who are also skeptical of Musk’s takeover.

According to a representative for the White House, the President has been vocal about the significance of social media companies continuing to take efforts to limit the amount of hate speech and inaccurate information that is shared on their platforms.

That belief extends to Twitter, it extends to Facebook and any other social media platforms where users can spread misinformation.

In a tweet sent earlier on Friday, before Vice President Biden’s comments were reported in the press, Twitter CEO Elon Musk reaffirmed that the company’s strong commitment to content moderation remained entirely unaltered.

Even though there had been a great deal of enthusiasm prior to the world’s wealthiest man actually taking control of one of the most prominent social media platforms, that excitement had begun to wane in the first few days after he had made his purchase.

Since then, Musk has mandated that a payment of $8 be made by anybody who wants to obtain or keep the highly esteemed blue checkmark on Twitter. This checkmark is often seen as a symbol of authenticity for influential figures.

As a direct consequence of this, a number of prominent public personalities who are active on Twitter have said that they would be leaving the platform.

Musk has resorted to making light of their objections about the policy of charging $8 for a blue check mark, and he has instead taken a firm stance against modifying the policy.

In addition, the CEO of Tesla said that the firm is losing outrageous revenue of up to $4 million each day, which led to the termination of fifty percent of the employees at Twitter.

The world’s richest man has previously said that he purchased the social media company because it was crucial to the future of humanity to have a shared “digital town square”. This would be a place where a broad variety of opinions could be argued in a healthy way, “without resorting to violence.”

The new Twitter boss has placed the blame for the significant decrease in revenue on activist organizations that are putting pressure on advertisers to remove their advertising from the site. He has accused these activist groups of attempting “to destroy free speech in the United States.”

Musk is a strong supporter of first amendment rights, and since he first expressed an interest in owning Twitter, he has been an advocate for these rights, most especially the right to free speech.

The purchase was swiftly followed by claims of an increase in racist remarks and hate speech on the site, and many large advertisers have suspended advertising on Twitter in recent days in response to the situation.