Over 70 crypto exchanges have shutdown since 2020 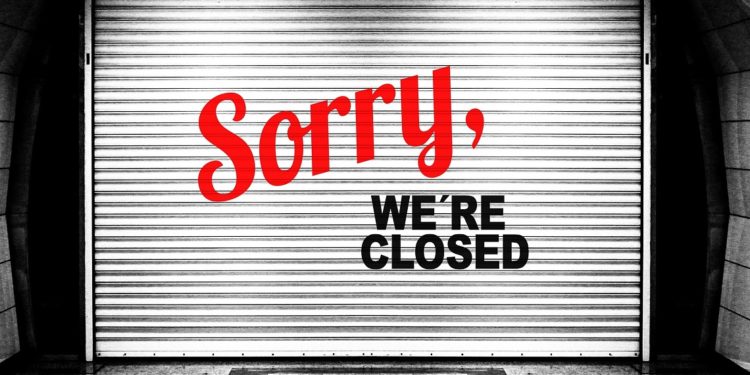 More than 70 crypto exchanges are no longer in operation, according to the Exchange Graveyard section of Crypto Wisser. Among other reasons, these exchanges had to shut down their operations this year because of cyberattacks, which resulted in the loss of customers’ funds. However, there were some other exchanges that stopped their crypto services voluntarily.

According to the information from Crypto Wisser, four crypto exchanges – Altsbit, Vbitex, Neraex, and CryTrX – had to close their operations this year because they got hacked. Five other exchanges shut down as scams. Chilebit.net and NLexch had seen their operation closed as a result of the order from the government.

Additionally, about 31 crypto exchanges closed down voluntarily. Some popular exchanges that fell in this category include HBUS, Fcoin Exchange, Trade Satoshi, Hodly, Stellar DEX, and more. However, most crypto exchanges that shut down this year just went missing in action (MIA), i.e., they just disappeared for no reason, some of which include Krypto Connection, CashFinex, Bitrush, 55 Global Markets, CredoEx, and so on.

The Chinese digital currency exchange, Fcoin, shut down in February 2020. As Cryptopolitan reported, the founder of the exchange, Zhang Jian, disclosed that the exchange wasn’t hacked; neither were they planning an exit scam. However, the development stemmed from data errors and other in-house issues. As a result, about $67 to $125 million belonging to the customers was reportedly locked.

Two popular crypto exchanges, KuCoin and BitMEX, are currently facing hard times, which has somewhat spurred fears in the mind of the customers about the future of the exchanges.