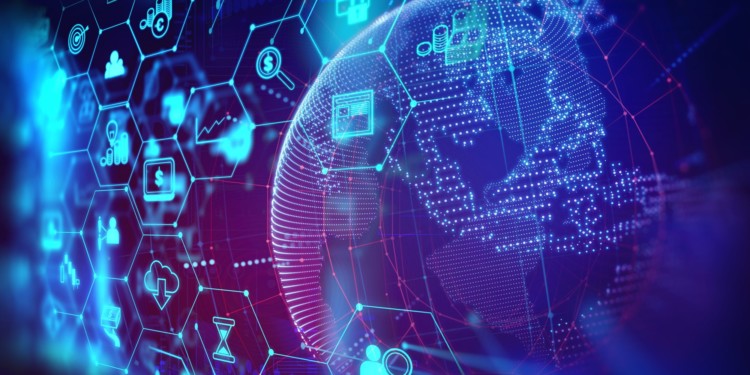 The Asian region is of great importance to the cryptocurrency industry. The key reason for this is the ability to mine Bitcoin, a significant part of which is concentrated in China. Bitmain, the world’s leading manufacturer of ASIC mining chips, is headquartered in Beijing, while the number of cryptocurrency companies located in Singapore and Hong Kong is unlikely to be countable.

Asia has also taken the lead in nearly every activity related to cryptocurrency trading. The majority of large cryptocurrency exchanges such as Binance, OKEx, Huobi, Bitfinex, Kucoin, BitForex, and Liquid are located in the Asian region alongside influential investment funds like Tim Draper’s Draper Dragon and Michael Novogratz’s Galaxy Digital Assets Fund.

These are probably the main reasons why the most progressive blockchain projects are actively using the infrastructure developed by Asia in 2019.

The Telegram Open Network (TON) project, associated with Pavel Durov, the creator of the eponymous messenger, hasn’t left the main pages of the world’s most famous news websites for more than a year now. Significantly enough, cryptocurrency media outlets are not the only ones writing about TON. The news about a messenger with more than 500 million users has spread across the world, making the headlines of such outlets like NYTimes, WSJ, and Bloomberg.

Accompanied by highly controversial information and rumors, GRAM futures and derivatives were sold on the Liquid and BitForex exchanges. As media reported, the exchanges were satisfied with the results of sales, although no clarity about the project appeared. Notably, these sales can’t be described as TON’s IEO since its token wasn’t officially sold on any exchange. As a result, a new term appeared – IFO (Initial Futures Offering).

Under the flag of Jolly Roger: AzBit Project

Roger Ver is a hotly debated figure in the cryptocurrency world. Naturally, the project he was involved in couldn’t ignore the Asian market. As early as May 30, Azbit announced that the first stage of the IEO would start on BitForex exchange in July 2019. Headquartered in Hong Kong, this exchange is likely to offer the most suitable terms for launching IEOs. The project itself is engaged in the deployment of banking infrastructure using blockchain technologies and combines traditional financial instruments and cryptocurrencies.

The need to develop and deploy a modern infrastructure that makes two financial systems collaborate is undeniable. Anyway, the community will have to wait until the legislation on the cryptocurrency regulation is introduced.

Roobee IEO under the aegis of Artem Popov

This project is well-known for attracting the attention of Bitcoin whales in May 2019. According to CCN, Roobee received a 200 BTC investment from a large whale, which closed one of the private rounds instantly. Similar to the founders of TON and Azbit, Artem Popov considered the strategic importance of promotion in the Asian market. Popov  launched a large-scale marketing campaign in that region.

After Roobee tokens were sold on Bitforex and Exmo, Roobee launched its third IEO round on Japan’s Liquid exchange, which will last till September 30. The date of token listing on Bitforex is already public knowledge and Roobee token will feature on Exmo and Kucoin toward the end of September.

As a result, the choice of the Asian market for offering services which allowed Roobee to hold three rounds of IEO and list its tokens on the largest exchanges in Europe and Asia.

Roobee has a strong partner in the Asian market, Krypital Group, which previously worked with such projects like Egretia, Cybermiles, Arcblock, and Merculet. Egretia showed good results at the start, allowing its first investors to multiply their equity: the token has grown more than tenfold of the USD price in a private round and shown 26.9X growth against ETH. The partnership was announced by the investment fund in its official Twitter account.

Value of Asian exchanges for IEOs in 2019

All three projects have chosen the similar direction in building their marketing strategy in the Asian market, in particular, in cooperation with Asian exchanges such as Bitforex, Liquid, and others. The latter made the global media headlines after the announcement of GRAM derivatives sale.

Despite the ambiguous legal status of cryptocurrency in Japan, Liquid is in great demand among traders and investors. In general, Bitforex and Liquid have not yet matched the top 10 exchanges in daily trading volume, but they will most likely catch up by some point in 2020.

Along with the growing demand for IEOs, Asian exchanges are increasing the number of requirements for projects to protect their users and the crypto community as a whole.

“Our IEO review process is very strict. For the current market, we do not agree that all projects are in the IEO process. Quality projects can create value for this market rather than defrauding funds. In our opinion, in addition to raising funds, the purpose of IEO is to help the project team establish a brand in this market and let more users know about this project.”

Meanwhile, discussions regarding cryptocurrency regulation are ongoing in Asian countries. The Chinese government is seriously concerned not only with the unrest in Hong Kong but also with the launch of national digital money. Japan continues to improve its legislation, defining cryptocurrencies as crypto assets and protecting investors against fraudulent schemes.

Julia Magas is an MBA graduate researcher/journalist who covers the latest trends in finance and technology. Since 2011 she has been actively coordinating international conferences, including those in Asia, where I interviewed opinion leaders, startups, and analysts. Her works are featured by popular fintech magazines, including Investing, SeekingAlpha, Cointelegraph and Bitcoinist, where she has interviewed MIT, Indeed, Ethereum, and other companies. She is trading some stocks and digital currencies for experimental purposes and hunts the most interesting cutting-edge technologies use cases in investing and finance.