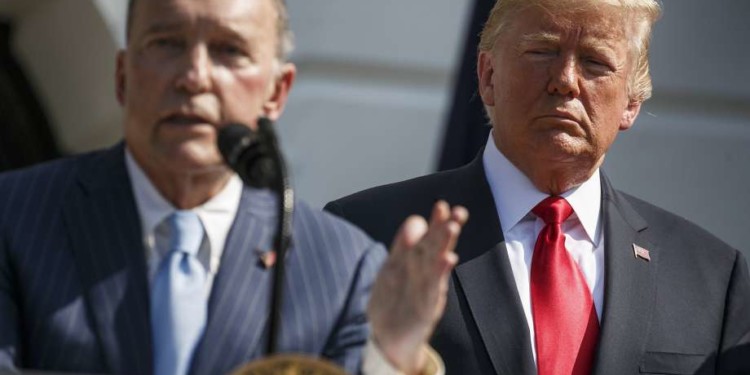 A letter has been drafted to the advisory board of the Trump administration to include blockchain as part of the emerging technology markets.

The letter is currently known as the bipartisan letter, which was signed by people like Trey Hollingsworth and Darren Soto. In the letter, the two lawmakers are urging some Trump advisors to promote the blockchain technology in the country.

The letter was directed towards a single advisor, Larry Kudlow, and mentioned how government institutions are already hard at work implementing the technology all across the digital systems of the country.

However, the letter urges the advisor to reconsider the United State’s laws regarding cryptocurrency. It states that the lack of clarity for the regulation of crypto assets is nothing but a liability for the country’s technological development. The authors of the letter are asking Kudlow to act upon the issue as fast as possible.

Is it a matter of national pride?

When we talk about the United States, we can already bet that any initiative they have towards development has something to do with national pride or the competition with other states.

The letter does address this and wants to maintain the country as the leader in technological development and innovation. In order to do this, the letter presses the matter of better blockchain integration within the country’s judiciary and legislative systems, as well as financial.

The letter authors have already shown their interest in the blockchain technology in the past. Soto, for example, has said that it will be the catalyst of social benefits and economic growth in the future.

It is now up to the advisory board, whether or not President Trump even hears about this request. But in all honesty, it is likely that this letter will be ignored.