The fall of Terra was one of the most unusual events in the history of the global crypto market. Stablecoins were previously considered safe from collapse or an irregular change in value. The market took a dramatic change in March 2022 due to the turbulent geopolitical situation. The change has resulted in the loss of a considerable amount for crypto companies. Terraform Labs also faced problems, but it wasn’t the end; it was alleged unfair dealings.

Since then, investigations have continued across the globe as its founder and Do Kwon and co-founders have been the subject of investigations. The investigation is focused on whether Terraform Labs has used fraudulence to defraud its investors of capital. The recent focus of prosecutors is Daniel Shin, co-founder of this company, facing raids from Korean authorities.

Here is a brief overview of the raid on Daniel Shin’s office and how it might help regulators.

Terra UST’s collapse and its repercussions

The collapse of Terra UST has resulted in a haunting dread for its founders. The result was a financial loss for investors and the management and a lasting legal process to investigate the collapse. The repercussions of its collapse a couple of months back have continued. According to Korean authorities, they are continuing a thorough investigation to bring those involved to justice.

Some investigation reports have come to the fore as some of the official documents were leaked. According to these reports, it was an intentional fraud that caused losses of millions of dollars to the investors. Many Terra investors have filed complaints to Korean regulators against Terraform Labs. The regulators are investigating the securities laws violations and how the fraud occurred.

There has been a significant development in investigations regarding this collapse. Various exchanges and individuals were investigated. These include crypto exchanges like Bithumb and Upbit. The raids resulted in the confiscation of records to proceed with the investigation. The raids from Seoul South District Prosecutors Office began in early July. As the record is seized and analyzed, it will result in important discoveries, thus helping authorities.

The latest development came from the raid on Daniel Shin’s office, where documents were seized. According to the Prosecutor’s office, the raid was made to collect documents and other material. The riad was not limited to Daniel Shin’s office; various exchanges were also raided. The raids were not limited to offices; some suspects’ homes were also targeted. The Prosecutor’s office has declined to provide complete information about the raid.

The main aim of the investigators is information regarding how and why Terra collapsed and why its sister algorithm, LUNA, wasn’t able to respond to the situation. According to Yonhap News Agency, payment app Chai Corp, owned by Daniel Shin, was also investigated for its alleged involvement in the matter. While according to media reports, Police, other LEAs, and regulators have conducted raids in 15 different places this week.

Another perspective of this investigation is whether Do Kwon and his partners have evaded taxes. He is alleged to have transferred his profits to cryptocurrency using an offshore account. Both Shin and Do Kwon are alleged to be in Singapore and haven’t responded to these allegations.

South Korean authorities have continued to investigate the collapse of Terra UST. According to the Prosecutor’s office, raids have been conducted in different areas. Some of these include Daniel Shin’s office and home. Shin has served as the co-founder of Terraform Labs. The investigations have continued as several investors in the company filed complaints. 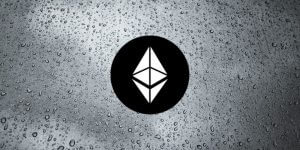