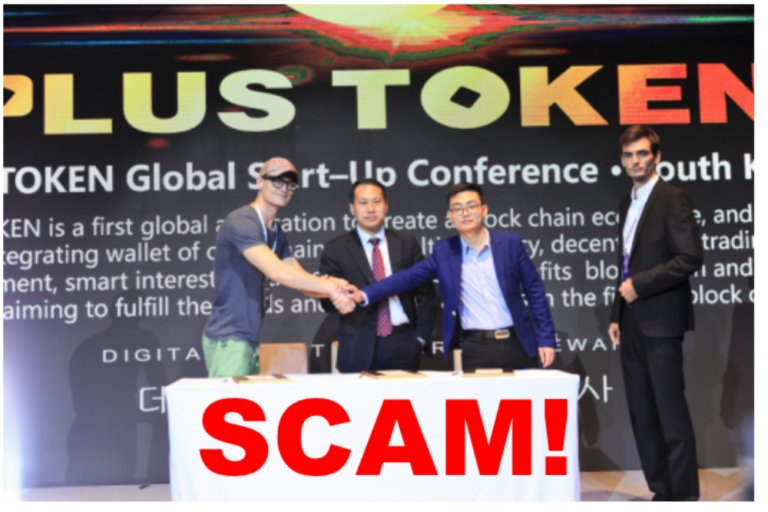 South Korean e-wallet company PlusToken gets involved in an alleged racket by fleeing away with an estimate of over three billion dollars ($3 billion) worth of cryptocurrency deposits.

How did it go downhill?

It all began when the users started becoming suspicious with the inability to withdraw deposits from the PlusToken app. Citing temporary unavailability due to technical issues, the users started creating a ruckus when there was no update regarding the situation.

Besides, the users had also reckoned on company beginning with its High Yield Investment Program (HYIP) shortly. However, with no substantial news on that front either, the users started anticipating the villainy.

Prior to going supposedly fugitive, PlusToken recorded three million registered customers with an expected increase up to ten million, by the end of July 2019.

While the news comes as a shocker to many users considering its massive adoption rate, others claim that they are not astonished by the way things have turned out.

Disturbing but not surprising

Even though the news traumatized many crypto users around the world, leaving them to question the reliability of such e-wallet service provides, the company did give a few signals when PlusToken’s authenticity was questioned in forum threads.

Despite the acceptance, the company does not feature any other services, besides facilitating an e-wallet platform. Bearing in mind its mass adoption, there has been no news or advertising that published the launch of other credible products or services. For a company this large, these considerations do raise eyebrows. Additionally, the website’s purported co-founder, Mr. Leo, draws attention by posing in a single photo so far.

The company, that claimed to provide a secure wallet for digital money deposits, lured many consumers with promises to increase their holdings by six to eighteen percent within eight months. Barring company’s inability to demonstrate their investment strategies, all this seemed beyond belief.

Sadly, several users claim to have lost up to five thousand dollars ($5000) in this alleged fraud. Updates on social media platforms like Twitter and Facebook started pouring in with grievances raised to Hunan province police. Nevertheless, the answers are far from reach