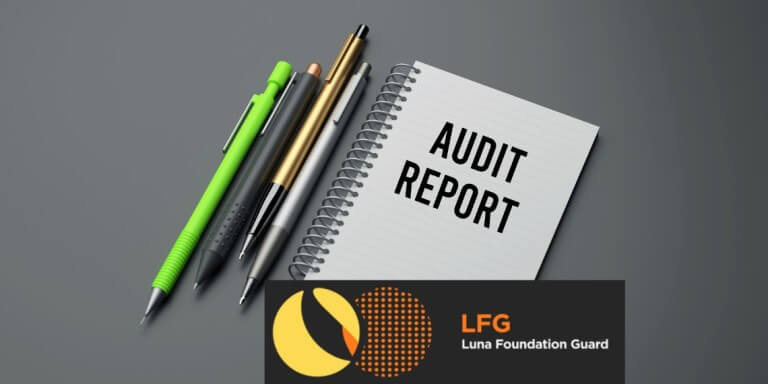 With the ongoing FTX collapse, some crypto investors nearly forgot about the Terra LUNA-UST collapse. In the aftermath of Terra’s collapse, the Luna Foundation Guard (LFG) spent roughly $2.8 billion defending the UST’s peg. Was this expenditure beneficial? Did the investors recover their mismanaged funds? How dire were the repercussions to the crypto ecosystem?

The man responsible for this mess goes by the name Do Kwon. Crypto investors and critics will not forget his name for a long time. Some investors lost all of their fortunes. Although money is not everything, losing a substantial amount of it sure does feel like it. Soon after the crash, LFG intervened to staunch the bleeding. But how did the entity get here?

Back it up!! How did the crypto community get here?

Over the course of four years, Terra network and its CEO, Do Kwon, climbed to prominence in the crypto industry, only to suffer a catastrophic fall from grace. The collapse of the Luna crypto network with an estimated $60 billion loss shook the digital currency industry.

The Luna crypto fall was triggered by its connection to TerraUSD (UST), the Terra network’s algorithmic stablecoin. On May 7, nearly $2 billion worth of UST was unstaked (removed from the Anchor Protocol), and it was promptly liquidated for hundreds of millions.

The massive sell-offs reduced the price of UST from $1 to $0.91. According to estimates, the Luna crash caused the price of Bitcoin to plummet. In addition, it triggered an estimated $300 billion loss in value across the whole crypto market.

Later, Do Kwon discussed Luna’s recovery plan with LFG’s assistance, and there was a brief period of euphoria in May. However, the coin eventually fell. The recovery plan was immediately discarded. Terra ultimately introduced a new coin, Luna 2.0. Today JS Held released a complete LFG expenditure within this period. Here’s a detailed coverage.

LFG spent $2.8 billion in crypto over the course of five days, from the 8th to the 12th of May, to defend the peg of algorithmic stablecoin TerraUSD (UST). According to a third-party audit conducted by JS Held, a Jericho, New York-based consulting firm, LFG spent 80,081 BTC and 49.8 million in stablecoins to stabilize UST.

Additionally, TerraForm Labs stated that it invested $613 million of its own resources. Nevertheless, according to JS Held, the reserves were insufficient to protect against significant market volatility, which ultimately contributed to the depegging of the UST.

The report contradicts widespread allegations that Terraform Labs co-founder Do Kwon misappropriated a portion of LFG’s funds during UST’s collapse. In addition, the audit confirms that no LFG money was misappropriated by the Terra team or frozen by law enforcement.

LFG and TFL engaged JS Held in May 2022 to bring transparency to the peg defense effort, posing the following questions. Were any LFG funds misappropriated, embezzled, or stolen? Were any LFG funds used to benefit insiders? Does LFG hold funds other than its publicly declared wallets? Were any of LFG’s funds frozen?

To aid with the audit, JS Held was given access to on-chain wallets and trading accounts at CEXs used by the peg defense and worked with primary raw data instead of relying solely on TFL’s representations. No compensation paid to JS Held was conditional on positive findings.

How credible is JS Held? Is anyone convinced?

The crypto community has endured so much already that it is difficult to believe anyone’s word. Crypto investors have found comfort in confirming the facts provided to them.

According to their LinkedIn profile, the entity has over 36,000 followers and 1,622 employees. Aside from the information provided on their website, there is nothing much to go on. Nevertheless, JS Held, the LFG’s third-party auditor, appears to be a reputable organization. It is unlikely that the organization would risk its reputation to conceal criminal conduct or embezzlement.

Nevertheless, despite the most recent LFG findings, the South Korean authorities continue to search for Do Kwon. Yes, the LFG fund’s $2.8 billion has been accounted for. What about the $40 billion lost by investors? How about reports that Terra LUNA-UST pricing was artificially inflated using bots? Where are the investor’s funds? If Do Kwon is so innocent, why does Interpol have a red notice for him?

The Seoul Southern District Prosecutor’s Office asserts that on September 15, one day after a Seoul court issued an arrest warrant for Kwon, LFG transferred cash to KuCoin and OKEx. KuCoin had this to say regarding the Terra situation:

As a crypto exchange, we are open to cooperating with all prosecutors or regulators around the world but for a specific incident, we would like you to clarify with South Korean officials or regulators. Also, it’s not our position to clarify this issue because as a crypto exchange, we are not in a position to figure out this whole thing, and we are just working to cooperate with the government and regulators as things go on.

The whole truth of the situation may not come out until Kwon faces trial—if he ever does. Either way, even if the audit is legitimate, it seems unlikely that Kwon will succeed in winning back the crypto community’s trust anytime soon.