Ransomware attacks are another cyber-threat increasing rapidly in the past weeks. One of the latest victims is Foxconn, a Taiwanese multinational electronics contract manufacturer. The attackers are demanding a Bitcoin ransom worth millions of dollars to return stolen and encrypted information. These attacks have been spreading widely, attacking both private and government organizations.

As Bleeping Computers reported, the electronics company was attacked on November 29, which was over the thanksgiving weekend. Precisely, the company was attacked by the DoppelPaymer ransomware gang, who encrypted and stole important data that pertains to the company’s operations in North America. The attacker demanded about 1,804 Bitcoin ransom from the company to decrypt the information.

Following the price of Bitcoin today, cryptocurrencies are worth about $34 million. At the time, the attacker threatened to release some of the company’s information to the public if they weren’t contacted after three business days. It remains unknown if the company already reached out to them. Bitcoin is entirely not new to Foxconn, as it’s one of the investors of crypto wallet provider Abra.

There seems to be a wake of ransomware, especially in Taiwan. On November 30, Cryptopolitan reported that Advantech, a technology company based in Taiwan, was also attacked by a ransom, which encrypted relevant data from the company. They demanded about $14 million in Bitcoin ransom from the company.

However, Advantech maintained that efforts are underway to recover the affect servers, assuring that other systems in the company were not affected, only the servers.

In the same month, a popular Italian alcoholic liqueur, Campari, was also attacked by ransomware. About 2TB of data was stolen. The attackers demanded as much as $15 million in Bitcoin ransom to release the information. 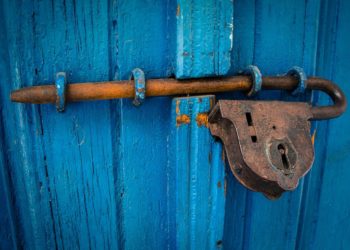