Everything About Metabeauts NFT by Meta Sports League, LLC 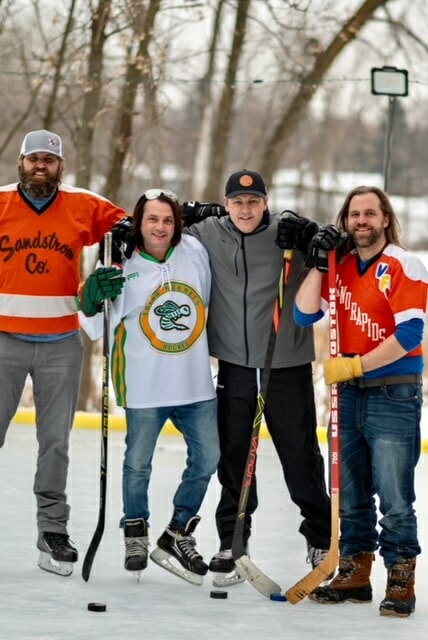 The MetaBeauts NFT project is the first from Meta Sports League, LLC (MSL). It is a highly engaging, inclusive, and supportive community that offers holders ongoing benefits and financial support to hockey charities. All four founders of the Metabeauts NFT project, Todd Geisler, Graham Geisler, Jamison Geisler, David Burns, and Award winning Artist Tony Siruno, are hockey players and coaches who have come together to build a project that honors and gives back to their favorite sport. They share a common vision with the MetaBeauts project to create the premier NFT community for hockey players, coaches, and fans.

A team driven by a common purpose, each one of them plays an essential role in the MetaBeauts NFT project. The team includes an Academy Award-winning artist, a doctor and financier, an inventor and entrepreneur, a tech guru, designer and coder, and a social connector and elite community builder. They came together with a common vision to create a utility-rich NFT project that honors and gives back to the great sport of hockey. By carefully adding talented team members, they are creating an organization that is far greater than the sum of its parts.

The MetaBeauts teams’ biggest challenges have been learning how to establish a following from the ground up and presenting the notion of NFTs to individuals and business partners who are unfamiliar with this digital asset. Furthermore, comprehending all aspects required for an NFT project necessitates research and resources. The rate of change in the NFT world is many times faster than that in their usual company operations. To keep up with current trends in the NFT sector, the team had to pivot several times throughout the project.

The Meta Sports League envisions itself becoming the umbrella company that will encompass the larger MetaBeauts vision. While the MetaBeauts NFT project is dedicated to helping make hockey more accessible to everyone, their bigger vision for the Meta Sports League is to be “the leader in bringing sports brands and athletes into Web3” and changing the structure of sports in Web3. By building a comprehensive ecosystem, they will be able to help multiple projects thrive in the metaverse.

“Our aspirations for the MetaBeauts project are to positively impact the growth of the game of hockey and to include people around the world who do not have access to the necessary equipment nor access to learn and excel in the sport of hockey,” explains the MetaBeauts NFT team

Their dream is to bring hockey to the countless millions of people worldwide who have yet to experience the joy of skating and the thrill of competing on the ice. Ultimately, they have aspirations to make the Meta Sports League the Web3 hub for sporting communities around the world.