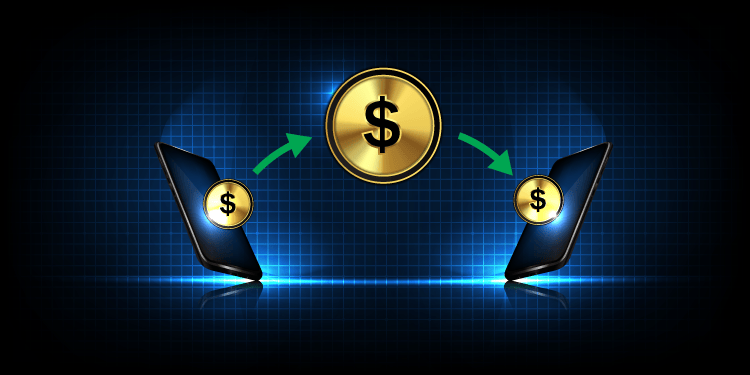 The entire world of Bitcoin is full of regrets. Like that guy who spent 20 BTC on a pizza way back when they were worth a few cents each. A million dollars down the drain in an instant.

That’s just one extreme example. But even people who didn’t make a million-dollar mistake are hesitant to use BTC for everyday purchases. This is holding the currency back from its mass adoption as a digital currency people want to actually spend. It’s holding other coins like ETH back too, along with a huge range of altcoins.

What is a stablecoin?

A stablecoin is a digital currency that has a pegged value. This could be pegged to a fiat currency, a commodity, or another crypto. With a coin that replicated the value of a fiat currency, holders and spenders know exactly what one is worth at all times, as well as having reasonable confidence in its stability (as opposed to BTC and other cryptos).

With SameUSD, one coin is always worth $1. Paving the way for a huge market of businesses and customers to start making transactions with a currency they can actually understand. And Samecoin’s stablecoins are pegged to a range of other stablecoins that help ensure an extra level of stability. Giving people the peace of mind they need to make transactions in a currency they not only understand the value of, but that they also know won’t fluctuate too much in the future.

Massive fluctuations of BTC value before the transaction has been approved

Bob wanted to spend some BTC on an online course. He was pleased to see more and more vendors accepting BTC, and wanted to try it as an experiment. He knew BTC might be worth more in the future, but that wasn’t too much of a concern.

Even though working out the cost of the product was slightly confusing (it was priced at 0.05 BTC), he took his time and made sure he knew the dollar value. After making the purchase, Bob waited a while for the transaction to be approved and processed by the vendor.

When Bob got back to checking his order, he was frustrated. The problem was, BTC fluctuates so much even in a 24-hour period. By the time the order had gone through, that 0.05 BTC had actually cost way more in USD value than he thought. That’s one of the problems with spending BTC. Bob regretted it, he should have spent USD or a stablecoin like SameUSD instead.

Another reason people regret spending BTC is because they might be spending a currency that could be worth far more if they just sat on it and held. Like the guy who bought the pizza. If only he’d sat and held. Nobody wants to be the next pizza guy. That’s the problem with BTC, most people who hold it are doing so because they think it’s going to be worth way more in the future. So why would they spend it now?

As you can see, BTC has many regrets. And that’s before we’ve even mentioned people typing in the wrong wallet address (another problem Samecoin solves with ease). That’s why stablecoins like SameUSD could be the answer.