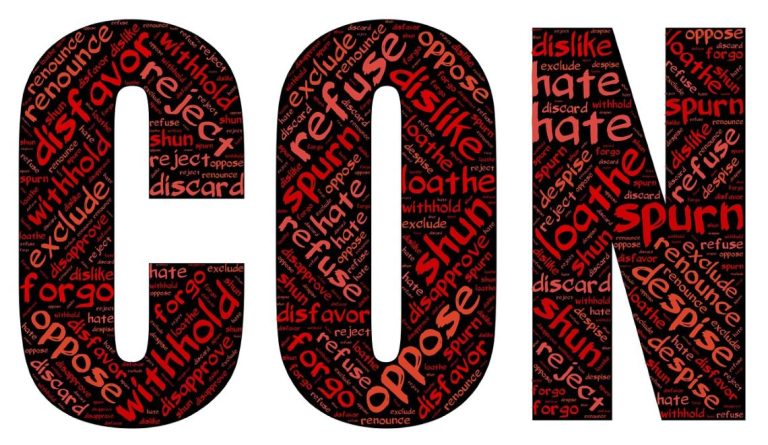 90% of the initial voters rejected Do Kwon’s proposal to hard fork the Terra blockchain. Initially, Kwon submitted the poll to the Terra community with only one simple question: “Fork?” On its face, it appears that a majority of those polled would like to avoid seeing the blockchain forked.

According to reports, Do Kwon had presented a hard fork plan where the old Terra chain would be split into two new chains, one of which would be without the algorithmic stablecoin TerraUSD. The old chain will continue to use Terra Classic (token Luna Classic – LUNC), whereas the new chain will use Terra Luna (token Luna- LUNA).

However, it should be noted that the community poll is not an official governance poll, so it’s still possible that LUNA whales and Terra management choose to proceed with the revival plan despite community opposition and protests against the plan.

On Wednesday morning, Do Kwon, the creator of Terraform Labs, unveiled an on-chain governance concept as results from a preliminary online poll on a hard fork plan indicated little support among community members.

The term “hard fork” refers to splitting a chain on which a specific protocol runs with different rules than the current one, resulting in two separate blockchains. Even as both blockchains continue to exist as long as there is validator and community support, one becomes the “main” chain while the other becomes a sidechain.

According to market experts, the lack of faith in Terra and Kwon may have skewed the online preliminary poll voting toward being overwhelmingly negative. According to experts, one of the main issues facing a new fork, as discussed by Do Kwon, is trust. There will be a need to enhance trust if the team decides to go ahead with the new fork. As a result, Terra must take the fork seriously and do even more checks for security vulnerabilities.

The overall sentiment towards Luna in the crypto community is extremely terrible. Traders and investors incurred significant losses and had their confidence in management shaken by the UST unpegging. Meanwhile, some prominent fund managers believe that Tera’s senior management may split the blockchain regardless of community sentiment toward the project.

Following last week’s failure, Do Kwon has put his Terra revival plan to a public vote. Many investors have shunned it. The Terra community isn’t the only one that shares this viewpoint. On Twitter, Binance CEO Changpeng Zhao explained why a Terra network Hardfork would be a bad idea for the ecosystem’s resurgence.

Following Do Kwon’s revival proposal, there have been several scam reports. PeckShield, a prominent blockchain security firm, announced in a tweet on May 18 that the Twitter account “Terra Luna Classic $LUNC” is a honeypot fraud.

The fraudulent Terra Classic Twitter account attempts to deceive LUNA and UST investors. The scammers state that the Terra Luna Classic V2 $LUNC has already been announced on Pancakeswap, allowing LUNA and UST token holders to receive compensation. These scammers suggest that people buy LUNC on Pancakeswap for 2000 BUSD and 1 BNB. It appears that these scammers may be using BSC for scam operations.

According to Cryptopolitan, LKB & Partners, South Korea’s top legal firm, is considering bringing a lawsuit against Terraform Labs’ creator Do Kwon and Daniel Shin, co-founder of Terra. Furthermore, several investors from both LUNA and UST are expected to file a class-action lawsuit against Do Kwon. Meanwhile, Korean politician Yun Chang-Hyun has urged for a parliamentary investigation into Terra’s problems.

Terra’s failure has raised the stakes against cryptocurrencies in the global economy. Bill Ackman, a billionaire investor, denounced the Terra ecosystem as “the crypto version of a pyramid scheme.”

The 20% returns mentioned refer to the high yield earned on Terra’s Anchor Protocol application. Today, those rates have dropped to 18%, and analysts expect them to fall again on June 1.

On the other hand, Ackman did praise blockchain technology as “brilliant,” adding that it has “enormous potential.” However, if the sector does not improve its performance, this potential may be lost.

Following a purported modification in employment status for many on the firm’s legal team, the long-running drama with Terraform Labs, the blockchain developer behind Terra (LUNA), took a turn for the worst.

According to their LinkedIn profiles, Marc Goldich, Noah Axler, and Lawrence Florio, all of whom served as general counsel at Terraform Labs, have all retired from the blockchain firm by May 2022. Starting in August 2021, Goldich worked for Terraform Labs, while Axler and Florio joined in January 2022.

Before rumors surfaced that several Terraform Labs attorneys had suddenly departed the firm, many cryptocurrency users asked for legal action against Do Kwon. Others surmised that Goldich, Axler, and Florio’s exit might have caused a sense of duty to defend Terraform Labs or worries over where their next paycheque would come from.