Cryptos akin to a ‘world of Caribbean pirates’ without regulations: Indian CEA 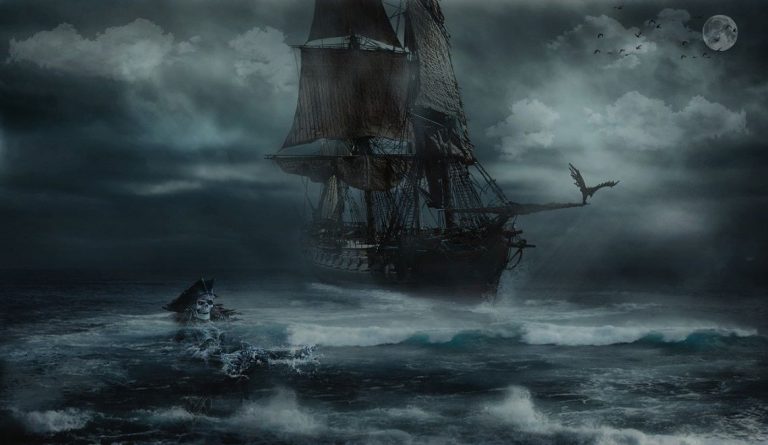 On Thursday, 9 June 2022, the Indian Chief Economic Adviser V Anantha Nageswaran referred to cryptos as “a world of Caribbean pirates” in the absence of central regulatory power. He also said that while cryptos have yet to pass the test of a fiat currency, they remain a threat to the global economies on a larger scale.

Cryptos are like a ‘world of Caribbean pirates,’ says Indian Chief Economic Advisor

With respect to cryptos, there appears to be a case for regulatory arbitrage, and in the absence of a central regulatory body, it might imply a “world of Caribbean pirates” or a “winner takes it all” world, according to India’s chief economic adviser V. Anantha Nageswaran. Mr. Nageswaran also said that cryptos fall short of fundamental criteria such as having store value, widespread acceptance, and a unit of account, unlike fiat money.

The more decentralized they become, and the absence of a watchdog or a centralized regulatory authority also means that there is a world of Caribbean pirates or a world of ‘winner takes all’ in terms of being able to really take it all from somebody else.

He was hesitant to offer an opinion on a technology that others felt was revolutionary but claimed that it had come up as part of his discussions with various advisors. He avoided making judgments about decentralized finance (DeFI). In his view, while others consider it a breakthrough, he is undecided whether it is truly innovative or genuinely revolutionary in a good sense.

Mr. Nageswaran stated that he agreed with RBI Deputy Governor T Rabi Sankar, who had previously declared that cryptos and decentralized finance appear to be an instance of regulatory arbitrage rather than genuine financial innovation at the moment.

So I wouldn’t be very excited by them [cryptos] because sometimes we may not be fully aware or comprehend the kind of forces we are unleashing ourselves. So I would be somewhat guarded in my welcome of some of these FinTech-based disruptions like DeFI and crypto etc.

According to the adviser, the recent Terra-LUNA calamity is a “very important cautionary tale,” warning investors about cryptocurrency. The Reserve Bank of India (RBI) governor Shaktikanta Das doubled down on the central bank’s warnings against cryptos in May following the collapse of Terra’s UST and LUNA that shook the crypto industry.

Despite the fact that the Indian government has not entirely banned cryptocurrencies, the central bank has urged for a cryptocurrency ban on several occasions. The government is in the process of formulating a consultation paper on cryptos and is soliciting comments from a variety of stakeholders and institutions, including the World Bank and IMF.

The Reserve Bank, which is working on its own central bank digital currency (CBDC), has expressed numerous reservations about private cryptos, warning of the potential for financial instability.

Nageswaran added that the government is attempting to perform a high-wire balancing act with respect to four variables: the deficit, economic growth, and low cost of living for lower-income families. The government is also working to prevent the value of the rupee from declining so far that it becomes a source of inflation by imports.

On the economic front, Nageswaran remarked that having clarity about the economy was similar to obtaining oil at a bargain price. It appears as if, because so many influences and developments may influence outcomes like growth, inflation, the external value of the rupee, etc., it’s just not feasible.

The government is aware that the hard-earned gains of the last four years in terms of macroeconomic and financial stability cannot be frittered away […] we should be relatively happier, relatively comfortable that considering the challenges that many countries are facing, we are relatively better placed to deal with them, but we are aware of the challenges and the responsibilities.

On Wednesday, according to reports, the Organisation for Economic Cooperation and Development (OECD) lowered India’s growth forecast for this fiscal year to 6.9 percent from 8.1 percent. This is considerably lower than the 7.2% projected by RBI.

Last month, the World Bank slashed India’s economic growth projections to 7.5 percent for this financial year, down from 8.5 percent previously. The reductions have compelled India’s financial regulators to pay more attention to the country’s financial stability. By that, these officials have been compelled to keep a closer, more restricted eye on cryptocurrencies.

It isn’t certain whether the technologies such as decentralized finance or cryptos will continue to thrive if monetary policy tightens and extra-high rates are accessible via conventional instruments, according to Nageswaran. The CEA agrees that if crypto is something that has value or can be used as a substitute for fiat currencies, global nations must make sure they fulfill a wide range of demands.

Cryptocurrency markets have been in freefall for some months now. In addition, their problems have been exacerbated by the collapse of a $60 billion project that critics call a Ponzi scheme. Many investors were ruined after the Terra disaster, which plunged the whole crypto market in terms of value: crypto market capitalization fell by over $400 billion.

Although investors in Terra were the most immediately harmed, its collapse might have both short-term and long-term ripple effects for crypto and beyond, especially given that critical lawmakers and regulators are looking at the damage. The fall of Terra provides even more ammunition to those who believe that the sector needs tighter regulation.