Coinbase under investigation by the SEC over crypto listings 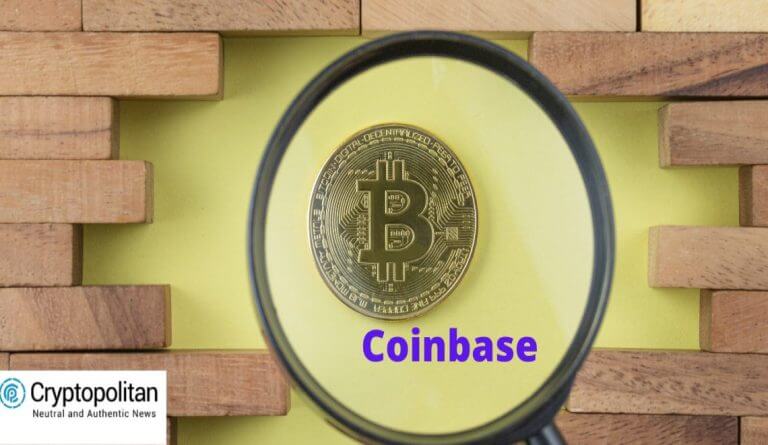 Only a few days ago, Congress and Wall Street criticized the US Securities and Exchange Commission (SEC) for being unclear about cryptocurrency rules. SEC has now taken significant regulatory action toward Coinbase, the renowned crypto exchange.

This move demonstrates that the SEC is heading in a certain way with respect to cryptocurrency regulation. It’s evident that the SEC will not just wait while Americans lose billions of dollars in investments.

Coinbase Global Inc. is being investigated in the United States by the SEC over allegations that it allowed American consumers to trade digital assets that should have been classified as securities. According to three individuals familiar with the matter, the issue accelerated after the first crypto-insider trading case was revealed in the United States.

Coinbase under fire for securities listings

According to two unidentified sources, the scrutiny of Coinbase by the US SEC has grown in recent months as the platform has added more tokens for trading. The inquiry by the SEC’s enforcement division predates last week’s investigation into an alleged insider trading conspiracy that resulted in the regulator suing a former Coinbase executive and two other people.

The clamor in Washington for US regulators to do more to regulate cryptocurrencies has grown louder as digital currencies have tumbled from formerly unattainable heights. The crypto winter has resulted in the loss of hundreds of billions of dollars in market value. SEC Chair Gary Gensler has focused on trading platforms and recommended that they do more to protect retail investors.

Coinbase is the largest cryptocurrency exchange in the United States, allowing users to trade over 150 digital coins. Coinbase would need to register with the SEC as a trading platform if those items were classified as securities.

Coinbase has frequently fought with the SEC over how it manages the market and last week urged the regulator to provide more precise regulations. Meanwhile, Coinbase’s token offering has increased dramatically in recent years.

On July 21, tensions rose even higher when the SEC charged one of the firm’s former employees with insider trading by leaking information to help his brother and a friend purchase tokens before they were listed on the platform.

While the SEC did not charge Coinbase with wrongdoing, it determined that nine of the dozens of digital currencies the men traded were securities. These cryptocurrencies include seven tokens that the exchange claims to list.

The three men were also charged in Manhattan with wire fraud conspiracy and wire fraud by the US Attorney’s Office for the Southern District of New York. Coinbase published an explanation: “Coinbase does not list securities. End of the story.”

The SEC’s enforcement division may launch investigations that result in the agency suing firms or people. Coinbase, which debuted on the stock market last year, has acknowledged the prior investigation by the regulator.

In its first-quarter financial report, the firm informed investors it had received investigative subpoenas from the SEC for documents and information about certain client programs, operations, and planned future products, including the company’s stablecoin and yield-generating initiatives.

What is the way forward for crypto regulation under SEC?

The US SEC applies a legal test to evaluate whether a digital asset is a security. The 1946 United States Supreme Court ruling in SEC v. Howey comes to mind when evaluating if something is a security. Under the framework, the SEC considers a token to be under its purview when investors put money into a firm in order to profit from the efforts of the company’s leadership.

Gensler has long maintained that many cryptocurrencies fall under the SEC’s purview and that businesses trading them should register with it. However, the SEC has largely avoided making declarative statements defining which coins are securities, leaving it to exchanges to determine whether or not an asset is listed.

In the United States, many platforms are looking to avoid offering securities because doing so might violate investor-protection regulations, some of which crypto enthusiasts argue are in contradiction with digital assets.

According to the Congressman, the Treasury’s Office of Terrorism and Financial Intelligence, which monitors crypto crime and ransomware attacks, could use the cash to acquire better blockchain analysis tools, train personnel, and provide investigative aid to the unit.

Since 2021, the Office of Terrorism and Financial Intelligence (FTI) has been seeking more money from Congress and several other Treasury departments, including FinCEN and the IRS, to strengthen its cybercrimes oversight and investigation capabilities.

The $3 million in extra funding from the Federal Buildings Fund, a unit of the General Services Administration that oversees federal office buildings, would be offset by Gottheimer’s amendment to the budget bill. The proposed amendment is one of approximately 30 others that will be voted on during the next round, which has not yet been scheduled.