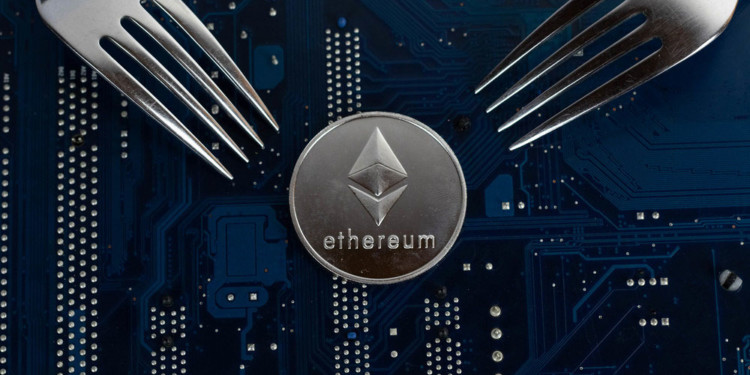 Bitcoin (BTC), Bitcoin Cash (BCH) and Litecoin (LTC) are looking forward to the third halvening in 2020. While things don’t seem to be working in favor of Ethereum; a rise in inflation rate is expected just weeks before the Bitcoin on May 20, 2020. The reason for this expected scenario is that the Ethereum is all set to launch an entirely new Proof-of-Stake (PoS) Beacon Chain in January 2020.

When it comes to the prevailing design, the new chain has absolutely no connection to the Proof-of-work (PoW) chain and this PoW, in all aspects unrelated to the PoS chain. PoS integrates the headers of the blocks of PoW, in order to keep it to only one block in the entire Ethereum ecosystem whereas PoW blocks are unaware of PoS’ function.

Ethereum Foundation’s researcher Diederik Loerakker stated that the voting system of ETH2 keeps track ETH1 chain. While there are no options for reverse as of yet, but they are exploring various options. He further stated that it is being researched whether the security of PoW is influenced by the Beacon or not. As it is not inconsequential, and it is a top priority to make the phase ‘o’ successful.

Phase o is something that is between mainnet and testnet, Vitalik Buterin referred to phase o as dummy chain. Currently, they lack smart contracts and Ethereum Virtual Machine (EVM), which are expected to be combined in 2021. So, basically, Beacon Chain is staking logic, and its design includes sharding, to enhance the volume in a couple of years. Meanwhile, for that period, no concrete insurance plans have been finalized.

Previously, Ethereum had its insurance reduction back in February when there was an increase in the difficulty of coded algorithms, which reduced the reward for the block automatically from per block 3eth to 2eth. It is worthy to note that the industrial miners earn a little more than one billion dollars ($1.2) a year with already a lot of risky investment. This indicates that they do have some influence in the process of making chaotic decisions.

However, Ethereum doesn’t have the issuance of algorithmic reduction just like Bitcoin. So, unlike human beings adapting to the code, the Ethereans are to make decisions about the right level of issuance to secure the Ethereum network.

Since 2015’s eth’s genesis block, Ethereum has been following Bitcoin with respect to the inflation rate. While BCH was moving at about four percent a year in new issuance, Ethereum was stuck at circa seven percent for some part of 2017 and the whole of 2018. However, in February 2019 the eth’s inflation rate got a bit near to Bitcoin, although it is still lower, both of them are at circa four percent.

For Bitcoin that is likely to reduce to two percent in May 2020, while it is still unclear about Ethereum. The price of Ethereum has remained the same since September, which seems to be an enormous support. If there is a dramatic reduction in the supply of Bitcoin, while Ethereum increases its supply and other factors remain constant, then the stability in the ration is likely to change.