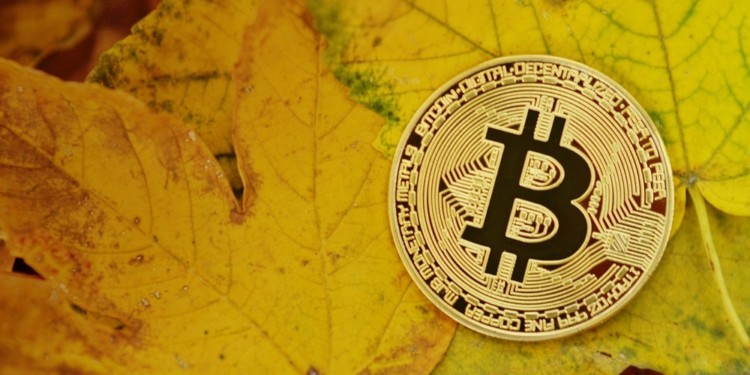 Bitcoin may be one of the hottest technologies trending right now but for it to become the “digital gold,” it needs to demonstrate some real-world applications, says CEO of the Intercontinental Exchange (ICE) on Thursday.

Bitcoin is referred to as the digital gold, and the meme has often substantiated itself as the performance of both the assets has almost been similar over the past thirty days. Yet, given the spread and scope of its digital narrative, Bitcoin continues to detach itself from the pack.

Many industry experts continue to argue that there is actually very little common ground for a decade-old currency whose existence has been limited to abstract formats on computer networks and a century-old precious metal that’s been known to have earned the respect of every possible financial institution ever existed.

Is Bitcoin “digital gold”? Not quite!

Jeffrey Sprecher, CEO of Intercontinental Exchange, operator of global commodity and financial products marketplaces, mentioned during a quarterly earnings meeting that for Bitcoin to become a store of value, like the good-old asset gold, it needs to prove its worth in the form of transactions.

According to him, the cryptocurrency space is likely to become irrelevant if it fails to showcase some real use cases soon and that a use case will potentially be the digital transfer of value through payments.

Bitcoin futures platform, Bakkt, which is also backed by ICE, recently announced that it is working on an app that enables users to pay for goods using Bitcoin. With Starbucks slated to pilot its test run, Sprecher confirmed that the initiative takes it a step closer to its potential real-world use cases in the future.

Still, a long way to go for Bitcoin, ICE Chief

And while several Bakkt employees, along with much of the cryptocurrency community, already consider Bitcoin as digital gold, Sprecher thinks it is too early to take this call. Coming from an older generation that has witnessed the glimmering asset prove its mettle in times of crisis by yielding a fair share, it is too soon to compare it with a currency whose existence is based on only market sentiments, Sprecher asserts.

Bitcoin needs to be able to demonstrate its ability to spend and become a hedge against risks and crises, just as gold is today, he adds. That said, the only thing that sets him apart from other Bitcoin critics is that he isn’t willing to write off Bitcoin yet.

Bitcoin has the potential

Soon people will realize that rather than converting Bitcoin to fiat and spend fiat to purchase goods and services, they may as well be spending Bitcoin, and Bakkt is precisely working on this issue and developing a platform to facilitate such transactions, Sprecher states with confidence. Besides, earning and spending Bitcoin would eventually invalidate the need for foreign exchanges and hefty transaction fees.

Meanwhile, Sprecher also justified Bakkt’s move to launch Bitcoin options sometime in December. Financial institutions want to circumspect the regulators’ stance on crypto before entering the space. Bakkt aims to address this issue by offering a regulated and compliant environment in the Bitcoin ecosystem, he explains.

There is a tremendous amount of dialogue that goes into how these initiatives are launched, where the financial entities fit on, and how the regulators perceive it. This suggests that there is institutional interest in Bitcoin derivatives, and people turned to Bakkt, a transparent and reliable venue for trading options and hedge, Sprecher concludes.