The global crypto market has retained the gains as bullishness helped many coins stay in a stable state. The change came after the fresh bout of bearishness which affected the market from top to bottom. The recent bearish change has affected most of the coins, from Bitcoin to Ethereum and smaller ones. The stability over the last 24 hours has helped them turn to progress, and they might continue this way. The recent indicators tell of investors being bullish on the market, and it might perform well over the upcoming days.

Europe is struggling with legislation issues regarding crypto. As previously, various bills were presented for further action in legislative houses. The position of crypto enhanced as it played a significant role in delivering donations to Ukraine. The latest change in the scenario is Paris Blockchain Week. Activists are working on the active promotion of crypto for a better future. Even though the policies of EU countries have been mostly crypto-friendly, there is a mixed response seen. Some analysts believe that a large part of the legislation is yet to be done despite some showy actions. In comparison, others believe that the existing policies are destructive to the market.

Here is a brief overview of the current market situation using the performance of Bitcoin, Ethereum, and some other coins.

Bitcoin was expected to achieve new milestones during the ‘Bitcoin 2022′ conference, but it didn’t gain much on the side of monetary additions. It was able to extract gains on the legislative level and policy sides. In contrast, the market didn’t turn bullish for it as the price value of Bitcoin saw an evident decline.

The recent 24 hours show that Bitcoin has added 3.70% to regain the previous value. If we compare the weekly performance, the losses are gradually declining and have been reduced to 5.27%. Bitcoin might see further enhancement if the market remains favorable. The current price for Bitcoin is in the $41,226.58 range.

The market cap value of Bitcoin was also enhanced due to the price increase, and it is currently estimated to be $782,415,775,880. In comparison, the 24-hour trading volume of Bitcoin remained at $28,431,957,451. The enhancement indicates that a further increase in value is expected.

Ethereum is also on the safe side as it has continued to increase in value. The current struggle of this coin is to cross the $3.1K barrier. As the influx of funds continues, it will be able to get this milestone crossed soon. The recent gains are proof of the increasing investor trust which will help it improve the value.

If we look at the performance of Ethereum for the last 24 hours, it has added 2.82% to its bulk. In comparison, the losses for the last seven days have been reduced to 4.12%. The daily increase in value is expected to turn the weekly performance into a positive soon.

Enjin is also adding further gains to its value as the new addition continues. The fresh data shows that investors have added 1.76% to Enjin over the last 24 hours. The last seven days didn’t go well as the investors tended to divest their capital, and thus the losses are about 5.25%.

STEPN is uncertain as the gains have fluctuated over the last 24 hours. The recent data shows that it has gained 5.39% over the past day. In comparison, it has suffered a loss of 0.99% in the last seven days. The latter trend shows much improvement. The price value of STEPN is about $2.21.

The enhancement in the investments’ influx has led to a positive trend for Bitcoin and other coins in the market. The said change has reinforced the global market cap value, which is currently estimated to be $1.91T. As the indicators show bullishness, there is a strong possibility of the market increasing value. Though bearishness stands an equal chance due to uncertainty, the positive indicators are expected to prevail. 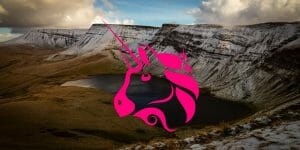 4 mins read
All you need to know about Soulbound Tokens (SBT)
26 September, 2022