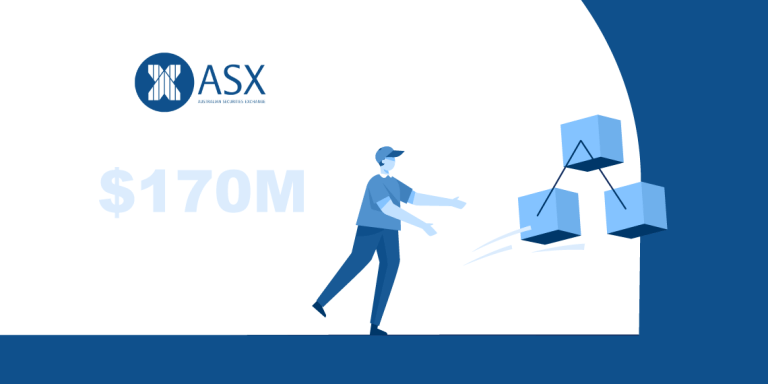 According to a report published in November 2022, it appears that the Australian Securities Exchange (ASX) has abandoned its 7-year blockchain project aimed at streamlining its activities.

The report, prepared by Accenture cited shortcomings that cost the country $170 million in a bid to replace the country’s outdated clearing and settlement system.

ASX currently uses a Clearing House Electronic Subregister System (CHESS), a platform that has been up and running for at least 25 years. Back then CHESS was the go-to system for such systems using T+2 settlement protocols which later led to the development of a new electronic messaging standard. The technology enabled the exchange to perform trades in a fair non-discriminatory manner.

In 2015, the exchange noted that the system worked well but was ageing therefore the need to replace it with a modern solution. After consultations with stakeholders, they settled on adopting distributed ledger technology (DLT) built in Java and DAML (Digital Asset Modelling Language). The new system was expected to be more efficient and a pioneer of modern technology.

In 2017, ASX announced CHESS’s replacement with a distributed ledger alternative and in 2018 began public consultation. Later ASX would achieve milestones in incorporating test environments for the new system.

Accenture company was appointed in September 2022 to conduct an independent review of the replacement project.

Their assessment provided the need for more consideration of how the Australian market interacted with underlying ledgers. They noted shortcomings of the distributed ledger project related to achieving resiliency, scalability, and supportability.

From a participant standpoint in the current design and architecture (notwithstanding future use cases), there is little value to processing all the business logic on-ledger as ASX maintain data integrity as the market participants and operator receive a point-in-time view via API contracts.

The assessment however did not mean that there was no room for distributed ledger technology. They reiterated the use of technology in providing flexibility in a distributed environment. In the planned solution, blockchain would be used in solving most of the business workflows. The solution however did not take into account business logic, calculations, and on-ledger vs off-ledger data.

In response to the external report and internal assessment, ASX will reassess its stance on going forward with the project citing significant challenges that were identified. Pending reassessment, the project was shelved due to the uncertainty of achieving its goals.

On behalf of ASX, I apologise for the disruption experienced concerning the CHESS replacement project over several years. ASX endeavours to act in the best interests of the market, and I thank our customers and other stakeholders for their patience and support. Today’s decision has been made by the ASX Limited and Clearing and Settlement Boards, and it has not been made lightly.

The decommissioning of the project would result in a charge of up to $250 million, which would translate to about $179 million after tax. ASX noted that the change would have zero impact on client dividends.

ASX also appointed a project director to chart a new path for the CHESS replacement project. For now, Australian will have to tolerate the CHESS system which is reportedly stable and secure.

The new project manager is expected to come up with a more sustainable solution, that clearly cannot be solved by distributed ledger technology.