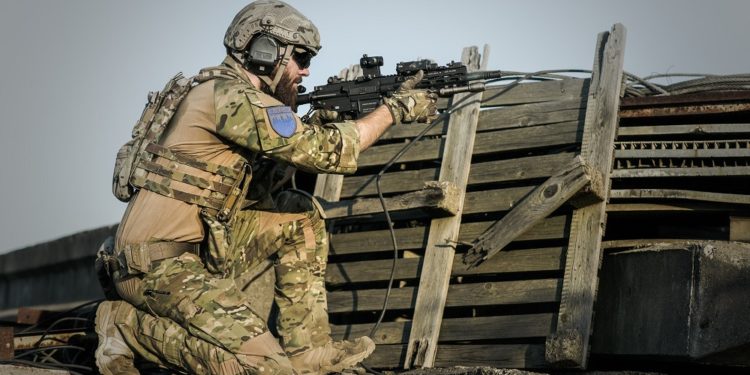 Authorities in the United States of America has arrested and sentenced Zoobia Shahnaz, an American financing terrorism with BTC. Shahnaz, in a federal court, was sentenced to 13 years in jail for money laundering, which she did to sponsor the Islamic State of Iraq and Syria (ISIS).

However, Shahnaz denied she was an American financing terrorism with BTC but claimed her donations were to serve as an aid to refugees in Syria.

Money laundering, illegal deals, and other vices are some of the issues cryptocurrencies face. Digital assets are decentralized and are anonymous. It is close to being impossible to find out who conducted transactions. These crypto features make certain countries brand it illegal or strictly regulate it as they ensure that crypto exchange firms carry out Anti Money Laundering (AML) checks and Know Your Customer (KYC) routines to curb criminal financing.

After trying to defraud financial institutions in America to finance her patrons, among which isISIS, Shahnaz allegedly obtained loans and credit cards under false pretenses and bought cryptos for sending to ISIS through Pakistan, China, and Turkey.

Reportedly, she was making her way sometime in 2017 to Syria when authorities stopped her from flying out of the US. Shahnaz later was arrested that same year.

Shahnaz, however, seems to be lucky to get 13 years jail term considering the weight of her crime and charges against her. Highlighting her charitable work in the last decade as a volunteer with the Syrian American Medical Society worked in her favor instead of bagging around 110 years jail term.

Other crypto criminals thrown the book

The nature of cryptos makes them a safe haven for criminals to commit atrocities. However, authorities have managed to arrest criminals who were about to use it to perpetuate crimes. Reportedly, a US citizen from Washington DC was arrested for money laundering through the LocalBitcoin platform. Before the arrest, the suspect already laundered over $120,000 in cash.

Tokyo, in the same vein, arrested two suspects linked to a $580 million hack of a crypto exchange firm. Tokyo authorities testified they made the arrest, thanks to the traceability of crypto transactions with blockchain and better KYC exchange policies.