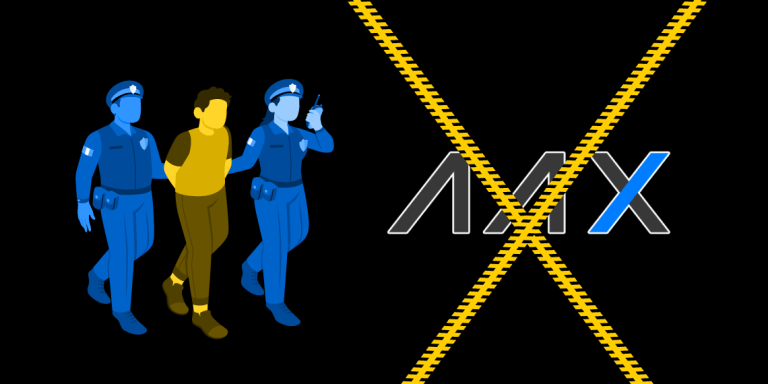 On November 13, two days after FTX’s bankruptcy filing, AAX suspended all withdrawals from the platform and went silent on its investors.

Earlier the same week, AXX announced that it had no connections with the troubled FTX, that their funds were intact, and had plans to publish their Merkle tree proof-of-reserves soon.

“From the early days of Mt. Gox and the DAO Hack to Luna, this industry is no stranger to setbacks and crises,”  stated the then Vice-President of AAX, Ben Caselin.

AAX is a cryptocurrency exchange that offers spot, future, and saving products across multiple cryptocurrencies. Founders established the exchange in 2018 in Seychelles but primarily operated from Hong Kong.

In the latest case update, the Hong Kong police have succeeded in arresting two men involved in the exchange on suspicion of defrauding and misleading police officers.

Earlier executives shut the platform abruptly, dismissed employees, and some top-ranking executives resigned. The activity resulted in frozen withdrawals; sources estimated that some investors held up to one million yuan in the exchange.

The move resulted in a lot of uproar from the community.

In Lagos, Nigeria, users stormed their offices and assaulted staff. According to a local reporter, the angry mob demanded that the exchange lift the withdrawal ban.

We appeal to and discourage any dissatisfied or angry user or investor from harassing or victimizing the AAX Country Manager, other local staff members, and AAX ambassadors nationwide. These persons are facing the same situation as disgruntled users and investors are.

The advocacy group also reported that the senior executives had ceased communication with its Nigerian-based employees.

In a blog dated 15 November, the exchange cited its troubles to a sensitive data breach on their records that forced them to halt withdrawals. They assured users that all funds were safe and that the only issue lay in their AXX matching machine.

The update also indicated they were sourcing more capital as their investors withdrew their funds, fearing an FTX-like collapse. The blog was optimistic that normal operations soon. The promises are yet to fruition by press time (23-12-2022).

AXX liquidated all active positions on the platform on November 12, 2022.

In its last update (Nov. 19), AAX told users that there had been “many new developments,” which meant that they required “more time to respond to the overwhelming amount of questions in the community.”

They also noted that they had met with over 50 interested investors that week, a few of whom entered the critical stages of negotiation.

It is, however, worth noting that before FTX exchange filed for bankruptcy, the then-CEO Sam Bankman-Fried shared similar optimistic remarks with its investors, citing a new injection of funds from Binance and Tron CEO Justin Sun.

However, the exchange’s former head of communications, Ben Caselin, could have been more optimistic. In a statement with Coindesk TV, he said that it was unlikely for the exchange to resume normal operations.

“The information flow was deteriorating very fast, decision-making became more opaque” as discussions with potential investors went on. Caselin has since resigned from the position.

Caselin shared that it was highly likely that a legal procedure would unfold from the scenario.

The arrest of the two suspects might prove Caselin’s words.

The exchange has not made a statement this month, and with disgruntled investors, an FTX-like debacle could unfold.