EOS price analysis: EOS consolidates near $3.6 even after its hard fork 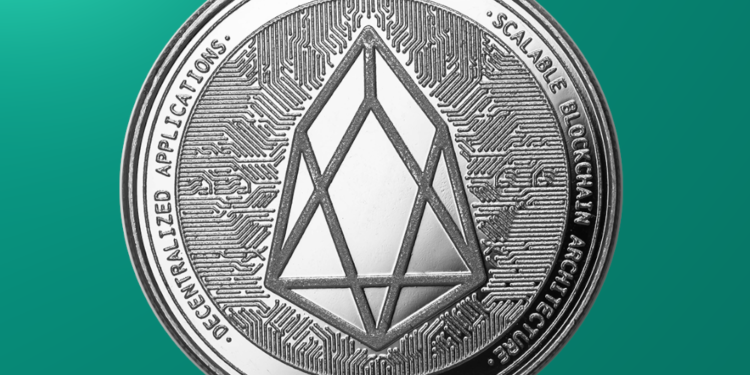 EOS price should have been up by now after completing its hard fork following the Bitcoin analogy, but it isn’t.

The three dollars ($3) territory has a liking towards EOS and does not let EOS escape its grasp. EOS has also been following the downward slope. Generally breaking the downwards slope incites the price of a security to rise on the chart. EOS has broken out of the downtrend and yet chooses to consolidate. This shows that EOS does not have much demand at higher levels.

The relative strength index (RSI) runs near the level that is marked fifty-one (51.08) but it is soon likely to head towards bearish grounds.

The major resistance mark that will create a hurdle for the bull is located far above the trading price. The immediate resistance lies at four dollars ($4.2) while the medium-term resistance is near the five dollars mark ($5) valued at ($4.8719).

The support marks are rather close by as the price continues to consolidate, no buy or sell signals are given off by the technical indicators or the trends. Both twenty (20) day exponential moving average and the fifty (50) day simple moving average (SMA) run close to each other.

If the SMA is breached then EOS price may very well find itself moving towards the three dollars support marks. The first stop will be made at ($3.154) and the second support mark will be encountered at the whole number ($3.00)- that is unless the bulls intervene and try to defend the support mar. It is very unlikely that the price level will shoot off.