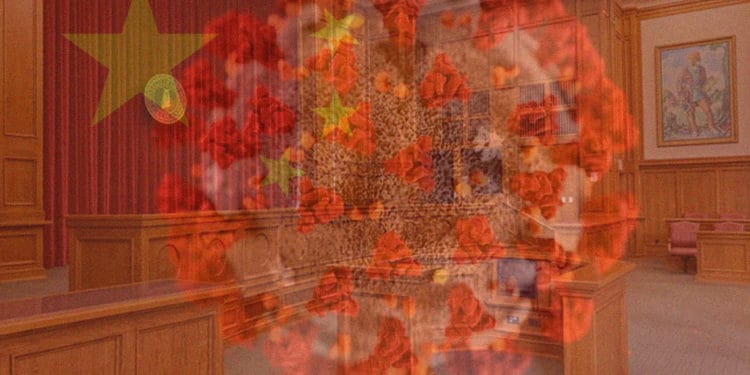 In the latest turn of events, a 20 trillion United States dollars worth of lawsuit against China has emerged today. The said lawsuit has been filed by Freedom Watch and Texan Buzz, backed by Larry Klayman.

The lawsuit comes after the epidemic has hit the world with a devastating economic effect. Recently a worker tested positive for Covid-19 at Amazon’s warehouse in Queens, Amazon has closed down the warehouse to stop further spreading.

By reason of the wrongful conduct of Defendants, Plaintiffs and members of the class and subclasses suffered conscious pain, suffering, severe emotional distress and the fear of imminent serious bodily injury or death, and death, and have suffered pecuniary and economic damage, loss of support, loss of nurture, care and guidance, grief, anguish, loss of services, loss of society, and other mental and physical injuries.

Media reports state that the employees got to know about the infected member through the worker’s group, Amazonian’s united. Immediately after the case was confirmed, the technology firm sent the workers home to sanitize the warehouse. However, there have been contrasting reports on how the company managed the situation from this point forward, stirring quite a controversy.

Per the media reports, Jonathan Bailey, a worker at the warehouse, told Olga that he wasn’t informed about the positive test result by the management. Instead, he received the news from fellow employees who were all expected to work the night shift. Amazon denied these claims in an email to the media stating that the firm advised all partners about the positive test result, and workers were not expected to work the night shift.

An Amazon representative said that workers were sent home with full remittances while the warehouse was tentatively closed down for sanitization purposes. However, the firm did not elaborate on how long the warehouse was to remain closed.

The multimillion-dollar company has seen a boost in orders in the past two weeks due to the quarantine measures put in place to tackle Coronavirus. Government executives across the country have banned all sorts of congregations in public places to fight the pandemic. On the other hand, the Bitcoin price also suffered at the hands of the stock market crash at the hands of the epidemic.

The situation has lead to a series of lawsuits against the Chinese government, and another Class Action lawsuit has been filed against the country by the attorney Matthew Moore, of Boca Raton, Florida’s The Berman Law Group. This lawsuit against China alleges failure not only in reporting but containing the COVID-19 virus or even disclosing the actual number of cases in the Wuhan region leading to the global COVID-19 outbreak.

The outcome of the lawsuit against China may not be decided in such cases but the fact that the country needs to be accountable remains unanswered like the cases.