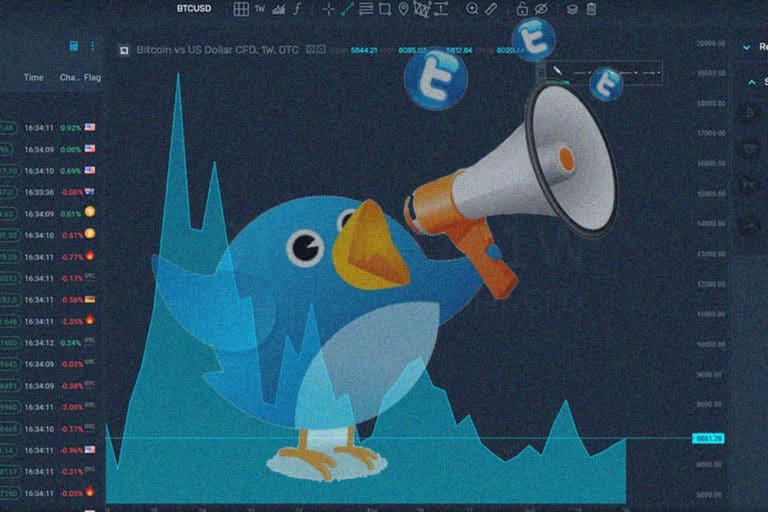 Twitter or rather Twitter sentiment analysis can potentially act as an instrument to be able to determine trade patterns and Bitcoin price prediction. This social media platform could thereby provide information indicative of users’ emotions and feelings.

Yet, the question remains: How could prices be predicted in this manner?

Speaking in terms of investment, irrespective of whether it’s the price of an asset or currency exchange, there could be several ways to do so. Indications stem from a historical database, displaying whether a similar price has been displayed over time for accurate Bitcoin price prediction.

Bitcoin bases itself on the value of the supply and demand, and this is practically why the emotions and feelings of users come to play, with platforms such as Twitter being able to indicate market fluctuations through Twitter sentiment analysis.

The idea bases itself on the idea of most investors or traders being moved by emotion; from a positive stance to a rather negative one. The most ideal way to collect such data is through social network platforms. In technical terms, this is the analysis of feelings. Using such a tool provides trading signs for an array of assets such as Bitcoin.

How to use Twitter analysis for Bitcoin price prediction?

Anyone who uses Bitcoin knows of or has heard tales of the those that bought Bitcoin for mere dimes which are now worth thousands or millions. This caused a movement on Twitter, indicating signs of ‘optimism’ amidst individuals, resulting in an ensuing price rise for Bitcoin price prediction.

It is through this means that Twitter is utilized as a tool to identify perception. With every second of increasing data, the reliability of using such a tool also increases simultaneously allowing the predictions of returns on funding to be made.

The data retrieved from the vast database such as Twitter sentiment analysis provides insight to investors. Thus, this led to the development of actual co-relation based indicators such as The TIE’s NVTweet Ratio. It indicates the positive correlation between Bitcoin-related Tweets and current prices. It uses the formula:

The system was able to point that Tweet volumes reached their highest of seventy-five thousand (75,000) in 2017, but nothing over forty-thousand (40,000) in 2018. This shows that market capitalization exceeded the volumes because cryptographic investments are not mentioned on Twitter.

As tweet volumes are not rising as fast as market cap, an increasing NVTweet ratio may reflect increasing institutional investment in crypto. 2017 was retail driven (over 75K daily tweets), whereas this run is significantly less- we haven't seen more than 40K daily tweets in 2018 pic.twitter.com/20jfAf5bTf

Measuring and analyzing feelings on social media is gaining popularity amongst several companies that take part in the trade.

To sample data, eToro partnered with The Sit to launch its financial instrument coupled with artificial intelligence to trace very large appeals and compares them to reference points. The instrument is titled, “theTIE-LongOnly CopyPortfolio”.