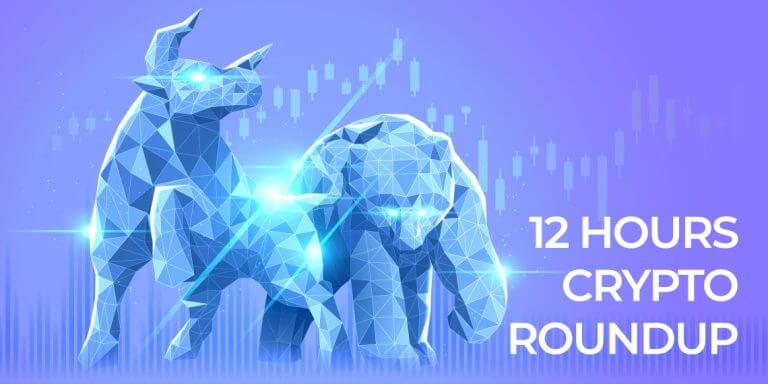 The global crypto market has continued to grow in value. The previous 24 hours’ data shows a speedy increase in value for Bitcoin, Binance Coin, and other major names. The increase resulted from the continued influx without any big impediments. As the gains increased, it has resulted in the enhancement of the investments in the market. The increase in gains is expected to continue for a while. The mentioned change has led to the consolidation of price value for various coins. The coming hours will tell whether the positive trend will continue or it will see a halt.

According to the available information, Musk has sold 7,924,107 shares from Tesla. He filed the details with the US SEC on Tuesday while the transactions took place from 5 to 9 August. He has confirmed in a tweet that they are done with the sale of Tesla shares.

Bitcoin is battling the 2-month resistance level as its price is stuck at $24K. The change in the market has brought it to a strengthened position, but it needs a push for a further hike. The increase in the influx of capital might make it happen.

The latest data shows that Bitcoin has continued at a continuous pace. The 24-hour data shows an increase of 6.33% in its value. The seven-day data for Bitcoin shows an addition of 7.29%.

The increase in the influx of capital to the global crypto market might result in a speedy boom. As the value of Binance Coin, Ethereum, and others is on the hike, analysts have predicted a $24 trillion boom. Though it has faced problems, its value might increase if the market continues to be bullish.

Binance Coin has also seen a favorable situation for growth. The latest data shows an addition of 3.85% over the last day. The weekly data shows a gain of 9.58% as the uptrend continues.

The value of XRP has continued to increase amid the bullish market. The 24-hour data shows that it has 4.48%, strengthening further. In comparison, the weekly data shows an addition of 2.96%. The increase has resulted in its price value hike to the $0.3808 range.

The value of Solana has also increased, resulting from the uptrend. As the gains continue, it has seen a gain of 10.45% over the last 24 hours. The weekly data shows an addition of 14.21%. The increase has resulted in the hike of its price value to the $44.17 range.

The global crypto market has seen a rise in value as the gains continue. The consistent gains have brought the market much-needed investments. The value of Bitcoin, Binance Coin, and others is on hike due to an uptrend. As the gains continue, it has also enhanced the global market cap value. The current value of it is estimated to be $1.16 trillion.