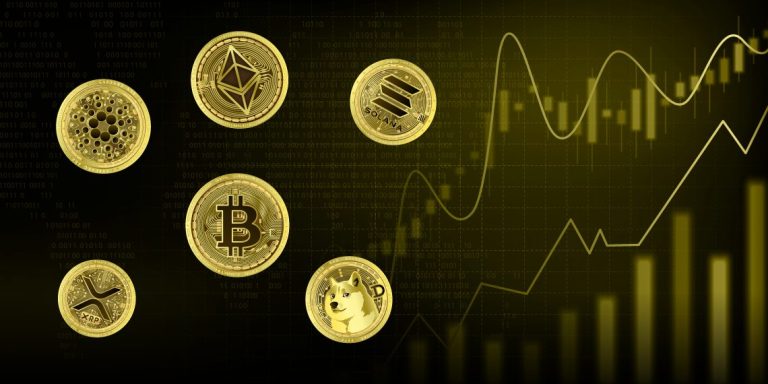 October 1st weekly crypto price analysis indicates market leaders Bitcoin and Ethereum are currently trading in a consolidation phase, with the latter managing to reclaim some lost ground. Meanwhile, QNT, DOT, and MATIC were among the few gainers in the top-ten altcoins. Also, ATOM, XLM, and UNI have shown some price appreciation.

Compared to these disappointing figures, Bitcoin (BTC) and select altcoins have not given up much ground in September. This is the first sign that selling could be drying up at lower levels, and long-term investors may have started bottom fishing. The worst performing altcoins are Celsius CEL and Pancake CAKE, down by over 3 percent. The overall market sentiment looks positive despite the recent corrections.

The general market sentiments are positive, but much bearish pressure is still looming. The crypto sell-off on the 30th of September saw most of the cryptocurrencies lose a large chunk of their value. The market has been struggling to gain some traction ever since. However, the recent bullish price action in Bitcoin might just be what the market needs for a relief rally.

In the year’s final quarter, investors will continue to focus on the inflation data. Any indication of inflation topping could bring about a sharp recovery in risk assets, but if inflation remains stubbornly high, a round of sell-offs could follow.

The overall market sentiment, however, looks bearish in the long term as most of the digital currencies’ recovery follows.

BTC/USD fell below $19,000 sharply after hitting the week’s high and has been fluctuating around the $18,000 to 19,000 level in the last few days. The current market structure is bearish, and a further decline toward $18,500 cannot be ruled out in the near term.

Bitcoin bounced off the strong support at $18,626 on Sept. 28, indicating that the bulls continue to defend this level fiercely. The long tail on the candlestick of the past two days shows that bulls are buying the intraday dips.

More importantly, there was a break below a key bullish trend line with support near $18,950 on the hourly chart of the BTC/USD pair. The bulls pushed the price above the 20-day EMA ($19,602) on Sept. 30 but are struggling to sustain the higher levels. This shows that bears are selling near the 50-day SMA ($20,621).

If bulls do not allow the price to drop below the 20-day EMA, the likelihood of a rally to the downtrend line increases. The bears are expected to mount a strong resistance at this level, but if bulls clear this hurdle, the BTC/USDT pair could signal a short-term trend change. The pair could then rise to $22,799.

The second largest cryptocurrency, Ethereum, started the week in a firm bearish mood. ETH/USD fell in a continuous downtrend below the $1,400 level and even spiked below the key $1,330 support area.ETH failed to stay above the 100 hourly simple moving average, and it dived towards the next major support at $1,300. A swing low was formed near $1,302, and Ethereum started a fresh increase. There was a close above the $1,350 level and the 23.6% Fib retracement level of the recent decline from the $1,422 high to the $1,302 low.

Ether (ETH) has declined in a descending channel pattern for several days. In the short term, the price has been stuck between $1,250 and $1,410, indicating demand at lower levels but selling near the resistance.

The price action inside the range is usually random and volatile. Hence, it is difficult to predict the direction of the breakout with certainty.

If the price breaks above $1,410, it will suggest that the bulls have absorbed the supply. That could propel the price to the resistance line of the channel. The bulls will have to overcome this barrier to suggest a potential trend change.

On the other hand, if the price turns down and breaks below $1,250, the bears will attempt to cement their advantage by pulling the ETH/USDT pair below the channel. If they succeed, The MACD indicator is currently in the bearish territory and is decreasing. The RSI indicator, on the other hand, is close to the oversold levels and might see a reversal soon. The current resistance and support levels are $1,643.18 and $1,542.30the pair could drop to $1,000.On the other hand, if Ethereum manages to climb above $1,400, it might test the $1,500 resistance level in the near term.

The weekly chart for XRP/USD shows that the bears have been in complete control since the end of September, pushing prices below $0.25 low to the current level of $0.4965. There was a sharp increase in buying pressure above the $0.3500 level, which resulted in a sharp upsurge. The bears even managed to push prices above the $0.470 support and took prices below the 100-day simple moving average (SMA). There was also a break below the key support line of the $0.44 support area, and prices hit an intraday low of $0.475 on September 30th.

XRP rebounded off the 20-day EMA ($0.43) on Sept. 28, indicating a change in sentiment from selling on rallies to buying on dips. However, the bears are unlikely to give up as they will try to stall the recovery in the $0.52 to $0.56 zone.

If buyers do not give up much ground from the current level, the possibility of a break above the overhead zone increases. A break above $0.56 will signal the resumption of the uptrend. The XRP/USDT pair could then rise to $0.66.

Conversely, if the price continues lower, the pair could drop to the breakout level of $0.41. The bulls are likely to defend this level vigorously. If the price rebounds off this level, the pair may enter a range-bound action for a few days.

At the moment, the bulls are defending the key $0.4400 support area, and they are likely to make another attempt to push prices above the $0.4650 resistance area. If they succeed, there could be a sharp increase in buying pressure, and prices might even reclaim the $0.5100 level. The main support is now near the $0.4400 level, below which ripple‘s price could extend losses towards the last swing low of $0.3513. The major technical indicators are currently placed nicely in bearish territory.

Binance coin is currently trading at a descending trendline, at a price of $283.83 after a period of consolidation in the last 48 hours.BNB coin moved from lows of around $259, and BNB turned up sharply from $266 and broke above the 20-day EMA ($278) on Sept. 28. This indicates that lower levels are attracting strong buying by the bulls.

BNB’s price has been making higher lows and higher highs as the digital asset opened the weekly chart trading at $ and climbed to $0.065.The digital asset was unable to hold at these levels and dropped to as low as $267.67 since BNB has been trying to recover. The digital asset is struggling to hold above the $280 level as the price stalls around the resistance of $0.06084.Binance coin’s current price is $283.83, which is considerably lower than the weekly high of $287.77 but is nearing the key barrier of $290.

The bulls pushed the price above the descending channel’s resistance line on Sept. 29 but are facing resistance at the 50-day SMA ($288). If bulls do not allow the price to plummet back below the 20-day EMA, it will improve the prospects of a break above the 50-day SMA. The BNB/USDT pair could then rally to $300 and later to $338.

On the contrary, if the price turns down and breaks below the 20-day EMA, it will suggest that bears continue to sell at higher levels. The pair could then decline to the strong support at $258.Overall, BNB is in a recovery state, and a spike in prices is anticipated in the near term.

According to our weekly crypto price analysis for Cardano, ADA has failed to break out of the declining trendline in the last 7 days. A continuous declining channel was witnessed, with ADA falling as low as $0.4265.The price has again tumbled below the uptrend line on Sept. 30. The downsloping moving averages and the RSI in the negative territory suggest that the path of least resistance is to the downside. If the price breaks below $0.42, the ADA/USDT pair could decline to the crucial support at $0.40. The bulls are expected to defend this level with vigor.

Contrarily, if the price turns up from the current level and closes above the uptrend line, it will suggest strong buying at lower levels. The bulls will again try to push the price above the 20-day EMA ($0.45) and challenge the resistance at the 50-day SMA ($0.47).

The Fibonacci retracement levels are acting as strong supports in the ADA/USD pair. The 23.6% Fibonacci retracement level of the upward move from the $0.3513 low to the $0.4965 high is currently protecting declines near the $0.4650 area. There was also a break below a key bullish trend line with support near $0.4650 on the 4-hours chart of the XRP/USD pair. The price fell below the $0.45 support area and tested the next major support at $0.4400.

The weekly crypto price analysis round-up suggests SOL has been on a falling wedge in the last 7 days. Solana fell sharply from the weekly high of $35 to the current lows of $32.92.There was a sharp increase in selling pressure above the 23.6% Fibonacci retracement level of the upward move from the $30.0 low to the $32.21 high. The price broke the key $33.00 resistance area and climbed towards the next major resistance at $34.17.Buyers are attempting to form a higher low in Solana (SOL). The price rebounded off $31.65 on Sept. 28 and reached the 50-day SMA ($34.70) on Sept. 30.

The 20-day EMA ($33.30) is trying to turn up, and the RSI is just above the midpoint, suggesting that the bulls are attempting a comeback. If the price breaks and sustains above the 50-day SMA, the bullish momentum could pick up, and the SOL/USDT pair could rally to $39. The bears are expected to mount a strong resistance at this level.

Alternatively, if the price turns down from the 50-day SMA, the pair could drop to $31.65. A break below this support could sink the pair to $30.

In conclusion, the top coins are expected to see some volatile price action in the near term as they attempt to make a move in either direction. The market conditions will dictate the direction of the breakout. The general market might see some consolidation in the next few days as the bulls and the bears battle for control. Nevertheless, we can expect some positive price action early next week as the buyers attempt to push the prices higher. 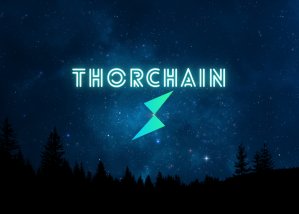 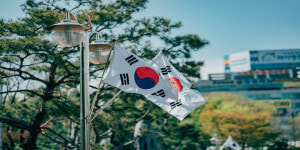