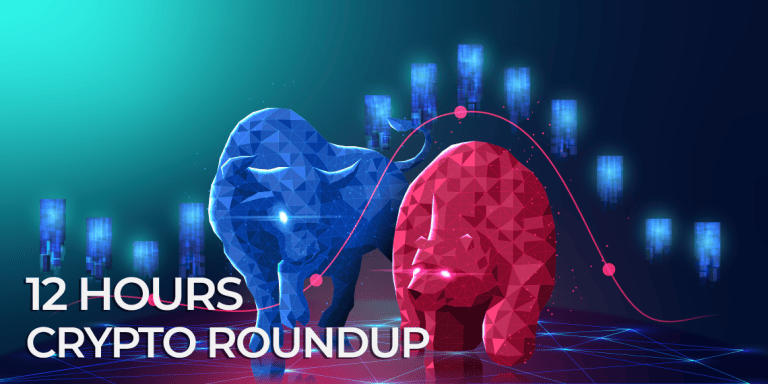 The global crypto market has joined the bearish bandwagon as the losses increased. The previous day was much better than Bitcoin, and various other coins joined the bullish club. The market’s problem faced was the inability to retain gains as time progressed. The result is a new wave of bearishness which has affected the overall market and might continue for a while.

Even though there is bad news for the market, there have been some positive developments. One of them is strengthening the advisory board for crypto bank Protego. Protego Trust Bank has appointed five Wall Street veterans to its advisory board. The mentioned bank is expected to launch in full this year.

Tether has assured its customers of the stability of its reserves which are backed by many reserve types. There were rumours regarding its possibility of collapse, which were dismissed by referring to various types of reserves it uses to protect the investor capital.

BTC back to bearishness

The performance of Bitcoin is back to a pessimistic situation as the losses for various coins have increased. According to ex BitMEX CEO, Bitcoin and Ethereum are on the verge of an epic collapse. Arthur Hayes said these coins would soon see another wave of sell-offs, affecting their performance in the coming days.

The latest data for Bitcoin shows that it has receded 2.94% over the last 24 hours. If we compare the performance of Bitcoin for the last seven days, it has shed 29.81%. The losses are again on the rise, which might affect it further.

Binance has continued to assist the Ukrainian government in times of need. It has issued refugee crypto cards that can be used for various purposes. According to the available data, 70,000 citizens have been issued Binance refugee cards. While Binance has also revealed the reasons for putting a halt to Bitcoin withdrawals which, according to the management, were a part of a breach.

The latest data for BNB shows that it has shed 2.75% over the last 24 hours. If the seven-day performance for this coin is compared, it has lost 26.43%. The losses for Binance Coin are on the rise, indicating further lows.

Elrond is also facing a difficult situation due to the changing market. The result has been a revival of bearishness as it has shed 0.65% over the last 24 hours. In comparison, the losses for the last seven days are about 34.54%. The rise in losses has resulted in the reduction of its price value to $43.80.

ApeCoin has joined the bearish club as its losses increased. The recent sell-offs have resulted in a loss of 4.63% over the last 24 hours. In comparison, the losses for the last seven days are about 44.88%. The increase in losses has changed its price value to $3.31.

The performance of the global crypto market has seen a recession in value as the losses increased. The increase in the sell-offs for the market resulted in losses for Bitcoin and various other currencies. The change in pattern suggests that losses might increase. If it suffers further, the global market cap value will decrease, which is currently about $906.20B.